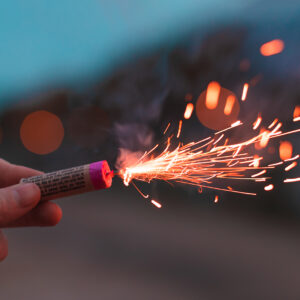 For many Pennsylvania lawmakers, more access to fireworks is nothing to celebrate.

During a legislative hearing Wednesday on the possibility of repealing or amending Act 43, the 2017 measure that allowed Pennsylvania residents to purchase consumer-grade fireworks, state Sen. Sharif Street (D-Philadelphia) had a dire warning.

When people in his North Philadelphia district hear fireworks explode they might mistake it for gunfire and begin shooting back, and the situation “turns into gunplay,” he said.

Before the new law passed, only ground-based fireworks, like sparklers, were permitted to be sold to residents, although people from neighboring states could buy aerial fireworks from shops in Pennsylvania.

State Sen. Elder Vogel (R-Beaver, Butler, Lawrence), chair of the Agriculture & Rural Affairs Committee and Rep. Dan Moul (R-Gettysburg), who chairs the same committee in the House, held the joint hearing. However, Vogel said no legislative action will be taken on the fireworks law until next year.

Legislators are considering whether to increase the fines to $1,000 for a first offense, $2,500 for a second offense, and $5,000 for a third offense for disregarding the law and also making violations a misdemeanor.

Because the law requires fireworks not to be set off within 150 feet of an occupied building there is nowhere that is legal for them to be used in densely populated Philadelphia, except for a park, Street said.

Calls about fireworks often come in as gunfire reports, said Scott Bohn, executive director of the Pennsylvania Chiefs of Police Association. It is also hard to track how many complaints about fireworks occur since those can be categorized as other things, such as noise ordinance violations. When calls come in, law enforcement officials are not necessarily going to prioritize fireworks when more serious crimes are happening at the same time, Bohn said.

Also, once police respond to the scene the person who set off the fireworks is usually gone.

State Police Sgt. Jerry Harper, supervisor of the fire marshal unit, said fireworks have been used as weapons against police during some protests, so they are also a danger to first responders.

“Some communities are like a war zone on July 4,” he said. And when fireworks are launched into the air, no one knows where they might land, including on rooftops and into leaf-filled gutters, he said.

This past July 4, an 8-year-old boy in West York died from injuries from discarded fireworks, and they are believed to be the cause of a Lower Merion house fire that claimed the life of volunteer firefighter Sean DeMuynck. Also, in Wilkes-Barre a family was left homeless when fireworks set their house on fire, Delaney said.

Representatives of the associations representing townships and boroughs said that dealing with fireworks is “an unfunded mandate.” However, there seemed to be general agreement that local municipal officials would like to be able to set their own rules instead of adhering to overly broad state law.

State Sen. Judith Schwank (D-Berks), minority chair, said the fireworks law costs Reading $28,000 in overtime. When fireworks are confiscated there is also a cost to dispose of them.

Daniel Peart, director of government affairs for Phantom Fireworks, said his company makes sure retailers tell customers the rules and directions for fireworks use. There are signs on every aisle and pamphlets are given out with purchases.

He suggested local municipalities should also have a role in educating their residents about what is legal.

Asked about limiting fireworks to 500 feet of an occupied structure, rather than the current 150 feet, Peart said, “You’re essentially banning fireworks.”

“We want to continue to expand and operate legally,” Peart said. Questioned about how much sales have increased since the law was changed, Peart would not give a direct answer but did admit there was “a notable increase in business.”

Asked to comment, Berwyn Fire Company Chief Eamon Brazunas agreed education is the key to preventing fireworks tragedies and added he would like to see warnings on television. For example, people do not realize how hot fireworks can get and that they cannot be immediately discarded in the regular trash. They don’t realize they should not be setting fireworks off on dry and windy days, when the risk of brushfires is high.

“We’ve had a couple of fire calls (from fireworks) locally,” Brazunas said. People don’t realize there is a rule to stay 150 feet from structures, which can be any building, even a shed, he said.

Also, there is the noise factor, which is a problem in the denser areas like Radnor and Easttown Township, compared to more rural parts of Chester County.

People complain that the police aren’t doing enough but “what do you want them to do, crawl under fences?” he asked. And now, neighbors complain on social media instead of just talking to each other about the fireworks noise issue, he said.