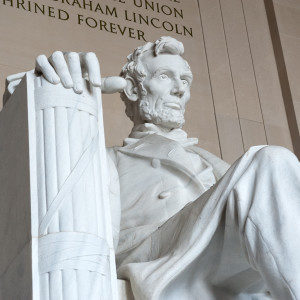 Four Score and Seven Years Ago: A Quiz on the Gettysburg Address

Seven score and 17 years ago, Abraham Lincoln delivered one of the most famous speeches of all time. Generations of American schoolkids were taught to memorize and recite it. But just how much do you know about the Gettysburg Address? Take the brief quiz below and test your knowledge of Lincoln’s landmark November 1863 remarks.

1. The address was given on a special occasion. What was the event?

A. Lincoln’s second anniversary as president
B. The midway point of the Civil War
C. Recalling the Revolutionary War
D. Dedication of the national cemetery at Gettysburg, Pa.

2. Lincoln was invited to speak almost as an afterthought. Who was the featured speaker that day?

3. How long did the featured speaker talk that day?

4. How long was Lincoln’s speech?

5. Modern research indicates Lincoln began writing the speech in the White House before departing Washington. But folklore says he wrote it how?

A. On the reverse of an earlier speech that had flopped
B. By pulling an all-nighter on the eve of the speech
C. On the back of an envelope on the way to Gettysburg
D. None of the above

6. The speech only mentions one proper name. Whose name is it?

7. How many period copies of the address exist today?

8. How did Lincoln feel after the speech was over?

A. Relieved
B. Confused
C. Confident he had successfully made his key points
D. Like he had failed

9. Now considered a monumental piece of prose, how did the press react to the speech in 1863?

A. Many Democratic newspapers hated it; most Republican papers felt it was good
B. It was ignored by reporters
C. There was too much Civil War battle news to cover it
D. It was buried in the classified ads section

10. How many words does the most-quoted version of the speech contain?