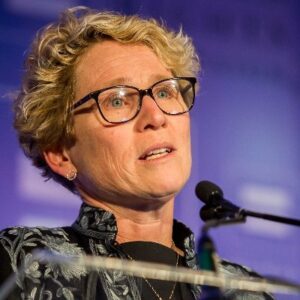 Four DelVal Republicans in Fight for Shot at Houlahan in November

Four GOP candidates are vying for the nod from Republican voters for the chance to unseat Democrat U.S. Rep. Chrissy Houlahan in this year’s midterm elections.

The field includes business owners, a chemical engineer and a real estate agent, all of whom have little or no political experience.

And while they may be relative unknowns, the politics of the pro-GOP environment may be on their side. In fact, the National Republican Congressional Committee has Houlahan on their list of potential pick-ups in November.

“Republicans are on offense all across the country,” NRCC Chairman Tom Emmer said. “Every House Democrat is facing an uphill battle having to defend their toxic socialist agenda that prioritizes trillion-dollar tax hikes on the middle class, opens our borders, closes our schools and defunds the police.”

Novak believes the race comes down to “money and messaging.”

And with more than $4.5 million in her campaign coffers and a more centrist image, she currently has a considerable edge over challengers Steven Fanelli, Regina Mauro, Ron Vogel and Bob Kennedy.

Fanelli has so far outstripped his fellow GOP challengers with more than $700,00 in his campaign account, according to federal election records.

Independent swing voters are likely to decide the outcome, so Novak says Houlahan’s success depends on her ability to tap into her “purple” roots – her father was a Republican, her mother a Democrat – in appealing to those undecided voters, some of whom are dissatisfied with Democratic President Joe Biden. His approval rating is just 41 percent, according to the latest survey from the Pew Research Center.

“This is a fascinating race,” said Novak, the former Chester County GOP chairman who previously supported Houlahan. “I believe this is going to be all about the independents. Independents are breaking hard against the president and Democrats. The challenge is separating herself as Chris Houlahan from the generic Democrat or the socialist-leading Democrat. She’s good enough that she can figure out a way out of that box.”

The sitting congresswoman’s opponents are already attacking her voting record as they cast her as a “Pelosi Democrat” in the bag for Biden. 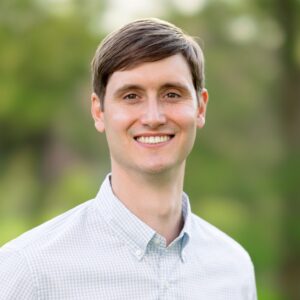 “Houlahan has voted with President Biden literally 100 percent of the time,” said Kennedy, a 29-year-old chemical engineer who lives in Thornbury Township. “Our country is headed in a bad direction. If we do nothing, I think our constitutional order will break down in the coming decades.”

Here’s a look at the Republican candidates:

Fanelli, a Villanova graduate, is a married outdoor fencing business owner and father of three who lives in West Chester.

He appears as the de facto frontrunner by virtue of the amount of money he’s amassed so far.

When he announced his candidacy, Fanelli claimed he would be a leader “who stands up and fights for workers and families – not an extreme, partisan agenda.”

He touted his acumen as a successful entrepreneur, growing his business, first started in 1987, from three employees into more than 40.

Calling Democrats “uncompromising” in their pursuits, Fanelli cited opposition to liberal policies such as the “Green New Deal,” defunding the police and packing the U.S. Supreme Court. 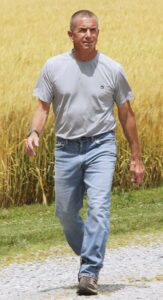 But his ability to reach voters is in question as he declined multiple interview requests from the Delaware Valley Journal, questioning how a reporter obtained his email by saying, “I don’t know you.”

Fellow businesswoman Mauro, 59, touts her proud roots as a first-generation American born to immigrants with a motto of “Cuban blood, American heart.”

The wife, mother of two and cancer survivor has a bit more political experience than the rest of the GOP field as she ran unsuccessfully for Chester County controller.

She has a master’s degree from Georgia State University and speaks five languages with “varying degrees of fluency.” 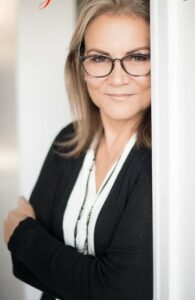 Despite her Cuban roots, she favors tougher immigration policies that “vet” those coming across the U.S. borders, calling illegal immigration a “slap in the face” to people like her parents who invested time and money to become citizens.

She says she has seen an intrusion of socialist and authoritarian practices in America, centered around so-called “cancel culture” and coronavirus vaccine mandates that, she says, are reminiscent of communist regimes in Cuba.

Mauro wants to see a return to “civil discourse” where people can explain their views without fear of being ostracized.

“I think that what concerns me is the accelerated pace of policies that are intrinsically socialistic. The Democrats are creating a new normal,” she said. “If you impact one generation, the following generations are the easy ones to take. … There is a mechanism to do mass indoctrination with the internet. You end up silencing those who go against your agenda. You put it on hyperdrive.”

Kennedy, a chemical engineer with a bachelor’s degree from the University of Delaware, said he promised himself he would run for office six years ago. Little did he know that calling would lead him to quit his job to campaign full-time in this bid for Congress, on his first try for public office.

He says he views his youth as a potential coup for voters as he understands issues faced by millennials, having paid off about $30,000 in student loans once he finished college.

Just like other generations fed the “American Dream,” young people are also worried about having enough money to afford to buy homes and support their families, he said, in light of “reckless” government spending that has increased inflation.

“We, as a party, need to have to uniquely persuasive campaign to reach the swing voters,” he said. “I am called to do God’s will and serve my country.”

As an engineer, Kennedy said his job requires him to “follow the science.” He is pro-vaccine but against government mandates, believing people should be free to choose what is best for them.

“We need more conservative scientists, and we need to have those voices when they talk about ‘the science,'” he said. “The Democrats have used language appealing to ‘the science’ that’s really just saying, ‘obey authority.'”

Vogel, 36, put a successful real-estate agency career on hold to dip his toe into politics. 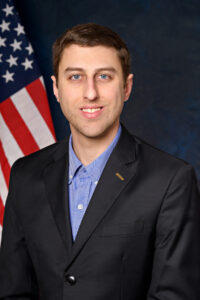 Since announcing his candidacy, his days have been a whirlwind of meetings, stumping, responding to emails and only about five hours of sleep a day.

“I said to myself I can step up and I can help,” he told Delaware Valley Journal. “It’s humbling to have strangers put their trust in you.”

His real-estate career taught him the importance of building strong relationships and negotiating deals — in his case between buyers and sellers.

That skill transfers to politics, and he says he feels Houlahan has lost trust with voters as Democrats push “further and further to the left.”

“America has become so divided,” he said. “I remember, as a kid and as a teenager, Republicans and Democrats had their different viewpoints, but they were kind of closer to the middle. Now, neighbors can’t get along. I want to try to bridge that gap. We all love America. We have more in common than our differences.”