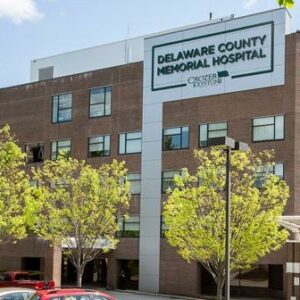 The court has ordered a hearing on October 7 to decide the matter according to a joint press release from Delaware County and the foundation.

“Both the county and the foundation agree that the September 21 Prospect Crozer announcement regarding its intention to close DCMH within 60 days and transition the facility to an outpatient behavioral health center with reduced services and a greatly reduced staff was not only damaging to the public health of county residents, but also not in accordance with the terms of the agreement signed by Prospect,” the release said.

The Foundation for Delaware County, Delaware County’s largest charitable foundation was created from the sale of the Crozer-Keystone Health System to Prospect Medical Holdings on July 1, 2016 with an asset purchase agreement that required the purchaser to maintain acute care services at its four hospitals for ten years, until June 30, 2026, the foundation said in a statement.

“The foundation is concerned that Prospect’s announcement that DCMH will close within 60 days will create irreparable harm to the community. Should the scheduled hearing result in an issued injunction, the foundation and the County look forward to the opportunity to meet with Prospect officials to determine the best utilization of DCMH for the health and well-being of the citizens of the County,” foundation officials noted.

Many local residents and elected officials oppose Prospect Crozer’s plans to close a hospital that has served Delaware County residents for more than 100 years. However, the Foundation for Delaware County holds legal standing under the terms of the July 1, 2016 sale of Crozer-Keystone Health System to the California-based Prospect Crozer, the release said.

Prospect Crozer had agreed to operate the hospital for at least 10 years under the terms of the sale.

“Closing Delaware County Memorial would be catastrophic for our residents that have depended on its services for generations,” said Delaware County Council Chair Monica Taylor, Ph.D. “And, over 300 high-quality jobs would be lost due to this hastily announced plan, developed without input from the county. It is an unacceptable course of action by Prospect Crozer, and the county remains committed to ensuring that the public health needs of our residents are a priority over the financial considerations of a for-profit corporation.”

The plan outlined by Prospect Crozer constitutes a public health emergency that would subject the residents of Delaware County to seriously degraded health services—especially those residents in eastern Delaware County, including those in Upper Darby, who would find it more difficult to access an emergency room, the release stated.

The planned closing would also adversely impact 334 employees. A letter sent by Prospect Crozer to its employees included a target date of November 26, meaning many employees face being fired on the Saturday of Thanksgiving weekend.

The county and the foundation continue to support all local leaders in an effort to bring about a positive solution to address Crozer Health’s long-term operational and financial viability, the release said.

In response, Crozer Health released a statement defending its actions. “Prior to announcing our transformation plan, Crozer Health representatives discussed our intentions with representatives of the Crozer-Keystone Community Foundation. We informed them of our intentions and how the health system would operate once we implemented the plan. While concerns were voiced, the meeting concluded with a mutual commitment that we would continue the dialogue and be transparent throughout the process. This information also was shared with elected officials and other key stakeholders.

“We were very disappointed, therefore, to learn the foundation took this step before engaging in further discussion. When we reached out after being notified of the injunction, in fact, we were informed the foundation would not be willing to meet with our representatives until after the scheduled hearing.

“As we continue efforts to stabilize the Crozer Health System – which is beset by financial challenges and staffing shortages the entire American healthcare industry is grappling with — we are concerned that this step on the foundation’s part could potentially further destabilize the system, which we don’t believe is the foundation’s intention, but a possible outcome.

“We remain committed to addressing the foundation’s concerns and finding common ground that will result in a partnership that will support the transformation of services provided by Crozer Health. We hope to meet with its members soon,” the Crozer Health statement said.

However, the Foundation issued a statement Thursday saying, “there was no meeting.”