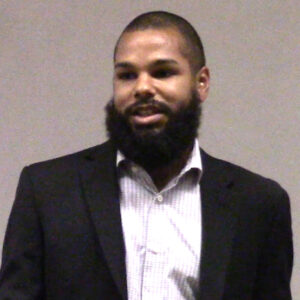 Former School Board President No Show at Board Reorg Meeting

Disgraced Norristown Area School Board President Shae Ashe may have been re-elected in November, but he has no plans to return. Ashe, whose inappropriate social media messages to teen girls were first reported by Delaware Valley Journal, did appear at the board’s reorganization meeting Monday evening to say he will not be returning to his old job.

During the meeting, the board unanimously elected Phillip Daniels as its new president and Monica D’Antonio Ph.D. as vice president.  Daniels is a Principal Consultant with Axtria, specializing in life sciences analytics, machine learning, and data management. Daniels said he hopes to drive better parental engagement, improved science, technology, engineering and math (STEM) curriculum, and digital transformation projects that will enable strong career outcomes for students, according to the district website.

D’Antonio is an Associate Professor of English at Montgomery County Community College. She also serves on the West Norriton Human Relations Commission, runs a monthly book club at Norristown Library, and is a volunteer/mentor at Norristown’s Center for Culture, Art, Training and Education (CCATE).

Ashe, a Democrat, resigned from the board in October after Delaware Valley Journal published sexually suggestive messages on social media he sent to a 17-year-old high school girl while he served on the board.

After the November general election, Montgomery County Republican Committee Chairman Liz Havey said Ashe’s win was likely due to mail-in votes from voters who had not learned about the issues with him beforehand, which is a significant problem with early and mail-in voting.

“While Shae Ashe lost overwhelming at the polls, those who cast their vote by mail prior to this information coming to light were unable to change their vote,” said Havey. “This is a significant issue with mail-in voting and prohibits voters from being able to vote with all available information. Our hope is that Mr. Ashe will not accept the nomination and that the board appoints Lisa Licwinko-Engleman to the position, who was the next highest vote-getter receiving over 3,900 votes from Norristown Area residents.”

During the reorganization meeting, district solicitor Rudolph Clarke said that Ashe has until Dec. 17 to fill out the paperwork if he wants to take a seat on the board. If he does not. The board will appoint someone to the vacancy at its Jan. 10 meeting.

Although Ashe had resigned, it was only from his previous term. The voters then elected him to another four-year term, he said.

At the time of his resignation, Ashe denied any wrongdoing.  Ashe released this statement through his lawyer, Emmett Madden, “Over the last four years, I have truly enjoyed serving this community as a school board member. Together, we accomplished many things to be proud of. Our district is financially in better shape where a budget was passed with no tax increase for the first time in over a decade. We adopted a five year review of the district’s curriculum to ensure students in the community are being pushed to achieve the highest possible outcomes. We also increased our engagement with parents and community members to establish a positive rapport and improve perception of the district and public education. Although there is much more to be accomplished, the board and administration have made significant progress and our district is in great shape for the future,” he said.

“This year, I sought re-election to continue that progress and support public education. I am appreciative of voters and supporters that elected me to serve another 4-year term. Unfortunately, I will not take the oath of office and request that the NASD Board of School Directors fill the vacancy until voters can select a replacement in a special election.

“Since the election last month, I’ve been approached by several entities with opportunities to advance my professional career. These opportunities require a time commitment that would take away my ability to give the Norristown Area School District my full participation.  I am appreciative of the support and well wishes as I pursue my next endeavor. It has been an absolute pleasure serving this community,” Ashe said. “Unfortunately, I will not take the oath of office and request that the NASD Board of School Directors fill the vacancy until voters can select a replacement in a special election,” Ashe said.

Meanwhile, Buck Jones, the parent of a teenage daughter, said that he was “very” glad that Ashe did not come to the reorganization meeting.

“And I hope he stays away,” said Jones.