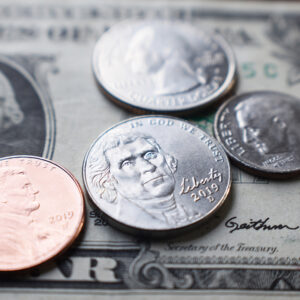 FORD: The Perils of a $15 Federal Minimum Wage

A top priority for both the Democratic majority in Congress and the Biden administration is raising the federal minimum wage to $15 from its present $7.25—unchanged since 2009. It is widely expected that congressional leadership will try to ram this increase through when Congress takes up legislation to fund President Biden’s American Rescue Plan later this month on reconciliation (assuming such a move can pass the Byrd rule).

Republicans are generally opposed to a $15 minimum wage, but there is also resistance from within the Democratic party. Representatives from some lower-wage and low cost-of-living states, including Sens. Joe Manchin (D-WV) and Jon Tester (D-MT), worry such a high minimum wage will do more harm than good in their states.

A uniform minimum wage applies uniformly, and that is the problem.  State economies are not uniform.  According to data from the Bureau of Labor Statistics, the median hourly wage in 2019 ranged from $15.00 to $35.74 across states. Massachusetts, with a median wage of $24.14, can absorb a $15 minimum wage more easily than Arkansas’ $15.84. Resistance from Democratic Sens. Manchin and Tester alone is revealing: the two senators are the only Senate Democrats serving low-wage states.  Several Democratic House Members from lower-wage states have encouraged Congress to set a federal minimum wage that varies across regions.

A partisan element is present too. Democratic-leaning and high-wage states, which are almost synonymous, have higher minimum wages. The relationship is so stark, in fact, that a cynic might conclude a $15 federal minimum wage is an attempt by Democrats to sabotage the economies of the relatively low-wage states that almost uniformly lean Republican, perhaps slowing the Blue-state exodus.

Since states (and some cities) may defect from the federal minimum wage, a new federal uniform minimum wage should be set at a level suited to low-wage states, thereby avoiding unnecessary and relative harm to the economies of low-wage states. Higher wage states can then set a higher minimum wage as they see fit.

In Pennsylvania, where the median wage is close to the national average, Gov. Tom Wolf has proposed a state $12 minimum wage rising to $15 in 2026. Though probably a dollar too high for that state, the proposal demonstrates how higher-wage states can suit themselves without pummeling the economies of low-wage states.

When it comes to minimum wages, one size does not fit all. While a $15 minimum wage may make sense in certain states and cities, it would wreak economic havoc in others. If Congress is truly concerned with improving the lives of all Americans, then a $10 federal minimum wage is the better way to go. 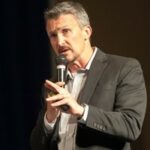 Dr. George S. Ford is the Chief Economist of the Phoenix Center for Advanced Legal & Economic Public Policy Studies (www.phoenix-center.org), a non-profit 501(c)(3) research organization that studies broad public-policy issues related to governance, social and economic conditions, with a particular emphasis on the law and economics of the digital age.