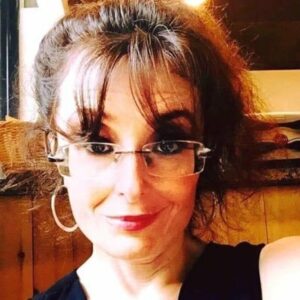 It may be the first documented case of attempted voter suppression in the 2021 election cycle.

On Friday, outspoken conservative columnist and attorney Christine Flowers received a letter from the Philadelphia City Commissioners informing her that her right to participate in Tuesday’s Democratic primary was in question. The office had received a formal challenge to Flowers’ qualifications. And the evidence against her was one of her own newspaper columns criticizing embattled incumbent D.A. Larry Krasner.

Like thousands of her fellow Philly Republicans, Flowers changed her party registration in order to vote against Krasner, whose progressive policies some view as soft on crime. The Fraternal Order of Police, which is backing Krasner’s primary opponent Carlos Vega, believes there’s a direct link between Krasner’s more lenient treatment of alleged lawbreakers and the spike in the city’s violent crime rate.

Flowers agrees and said so in an opinion piece for the Delaware County Daily Times. Amanda McIllmurray included a copy of that column in her complaint to the city.

McIllmurray is a politically active member of the local Left. She’s an organizer with Reclaim Philadelphia, the campaign manager for Elizabeth Fiedler for State Representative and was a 2016 Bernie Sanders delegate to the Democratic National Convention, according to the Reclaim Philadelphia website. Her allegation is that Flowers doesn’t qualify as a resident of Philadelphia and shouldn’t be allowed to vote against Krasner in the primary.

In her column, Flowers mentions that she still owns her childhood home in Delaware County, but she now lives in Philadelphia. She told Delaware Valley Journal she still pays the mortgage on the Delco home, where members of her family live, but she moved to Locust Street during the pandemic to be closer to her law office.

“I’ve been living at Locust Street full-time since January of this year,  and according to regulations, you only need to have lived in the city of Philadelphia for 30 days prior to voting,” Flowers said.

Ironically, both of the letters she’s received from the Commissioners were addressed to her Locust Street home, though one was hand-delivered to the house in Delco. Flowers immediately sent the Commissioners proof of residency from the manager of her condominium along with a copy of her law license.

Why send her law license? “Because if I were committing voter fraud, I could be disbarred,” said Flowers. “So obviously, I’m not doing that. But that was not enough for them.”

She got an email Sunday telling her that a hearing in the matter was scheduled for Wednesday, the day after the Tuesday primary. It appeared she was being disenfranchised and Flowers fired off a return email announcing she would vote anyway, even if by provisional ballot.

“I am really upset,” Flowers said.

“The person who filed (the complaint) is one of Larry Krasner’s allies,” said Flowers. To add insult to injury, Joe Corrigan, another Krasner proponent, gleefully tweeted a copy of the City Commissioner’s letter to Flowers “making it difficult for me to vote.” And his tweet was retweeted by city Councilwoman Helen Gym, another Krasner loyalist who has endorsed him for re-election.

Jessica Brand, a spokeswoman for Krasner, told Delaware Valley Journal the campaign had not challenged any voters.

McIllmurray denied that the impetus to her challenge to Flowers’ ability to vote was due to Flowers’ outspoken opposition to Krasner, despite affixing a copy of Flowers’ May 9 column to her complaint.

Flowers receives a homestead exemption for the Delco property, McIllmurray noted. In a texted response to DVJ’s queries, she claimed Flowers is “attempting to undermine the will of Black, brown and white working Philadelphians by voting in a city where she is not a full-time resident.”

“Ms. Flowers is a powerful person, with an outsized impact on our political system,” McIllmurray said. “If she wants to influence the results of a Philadelphia election, she should do so by talking to voters, contributing to candidates she supports and by using her large platform to sway votes—not voting somewhere she doesn’t live.”

In the end, it was a tempest in a political teapot. Because Flowers’ name is on the Philadelphia voting rolls and her hearing isn’t until Wednesday, she’ll be eligible to vote in Tuesday’s primary, according to City Commissioners spokesperson Nick Custodio.

On Monday, mid-afternoon, Flowers received an email from Philadelphia notifying her of her polling location.