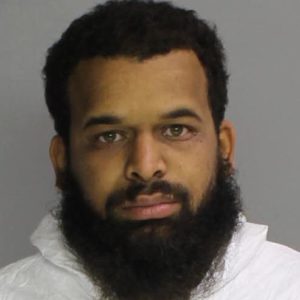 Bail was also revoked, as a first degree murder charge rules out bail.

District Attorney Kevin Steele cited an autopsy report by forensic pathologist Dr. Frederick Hellman, of the Montgomery County Coroner’s Office, that ruled the baby’s death  a homicide. Steele said the report “confirms what our investigation showed: Zara died a deeply disturbing death at the hands of her father. Stevens will have to answer to murder charges.”

Defense attorney Christan Hoey asked the court to put aside “the texting and the Google searches” by Stevens, who was in communication with two women and looked up what to do “if your baby is not breathing” that night before calling 9-1-1 to get help for the child.  Hoey said that the baby’s head injuries could also “be consistent with accidental death.”

“Clearly there is evidence of sexual assault, which we will not go into detail with in this setting,” the judge added.

Detectives recovered the bloody diaper that was worn by the baby when she was transported to the hospital.

That night, Lower Providence Police Officer Eric Honick responded to a 911 call for an unresponsive infant at 10:40 p.m., and was sent to Stevens’ apartment.  Stevens and the baby were the only people present at the home, Honick said.

The officer detailed that Stevens told police he had been bathing the baby and left the bathroom to get a drink, then he heard a loud noise and went back to see the baby with her head to one side, crying. “He said he put her on his bed, changed her diaper, and tried to soothe her,” said Honick.

Honick noted he was struck by how cold the apartment was, as he was wearing a jacket, “and you could still feel the cold.”

Honick said the baby’s skin was grey and cold to the touch when he began giving CPR. She was transported by ambulance to Einstein Medical Center Montgomery, where, despite resuscitation efforts, she was pronounced dead at 12:12 a.m.

A joint investigation into the baby’s death was conducted by Lower Providence Police and the Montgomery County Detectives. The investigation included a download of Steven’s phone, which found multiple Google searches for nearly an hour before dialing 9-1-1, with query lines such as “if baby stops breathing,” “what if you don’t hear baby heart or beat.”

The 29-year old also used social media and communicated with two women that evening, before calling for help.

Already facing charges for involuntary deviant sexuual intercourse, rape of a child, aggravated assault, aggravated indecent assault and endangering the welfare of a child, Stevens also now faces charges for murder in the first degree, the second degree and the third degree. Today’s hearing was on all of the charges.

Stevens has been in the Montgomery County Correctional Facility since his arrest in October.