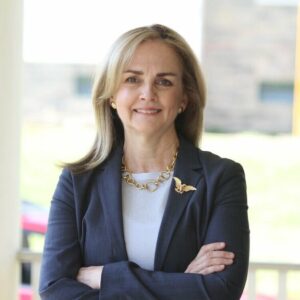 Finding Recovery: A Mother and Son Share Their Story on Combating Drug Addiction

U.S. Representative Madeleine Dean (D, PA-4) and her son, Harry Cunnane, have opened up to the world about their journey to addiction recovery in their new book “Under Our Roof.”

Dean recalls her years teaching at La Salle University, where she enjoyed helping her students. She recounts fondly how teaching “helped increase [her] own writing ability.” Those years of teaching and writing have certainly paid off. In this honest and candid novel, mother and son detail the extraordinary and heartbreaking events that almost tore their family apart.

The Congresswoman learned at an early age that she needed to work hard to build the life she wanted. Her parents provided a loving and supportive environment for her to pursue any career path she wanted. Eventually, she went on to study law and opened her own practice with two other female attorneys in Glenside, Pennsylvania.

The former state representative had just started her political career in the Pa. House in 2012 when the unthinkable happened – the discovery that her son was addicted to drugs. Her son needed professional help and Dean made sure he got it. To Harry’s credit, he accepted that support, beginning a path toward recovery and regaining the family’s trust.

Throughout the memoir, Harry and his mother relive and retell the devastating emotions and stress his addiction caused the entire family. While Rep. Dean campaigned for public office, Harry secretly dealt with being robbed at gunpoint and his crippling drug addiction.

When asked when they knew they wanted to share their story so publicly, the Congresswoman responded that the idea actually came from her oldest son, Pat. No one truly knew the extent of the addiction except for Harry. Despite that, everyone involved knew it was something they needed to share.

While writing the book, Dean learned things about her son that were “extremely heartbreaking” and painful to read as a mother. Such as how he felt “fearful as a child” and how he would “cry himself to sleep at night.” One of the biggest lessons she’s learned from reading Harry’s chapters is just how much “addiction hollows out a person.”

That hollowness and hopelessness that Cunnane felt growing up is the focus of their novel. Mother and son knew from the beginning of their writing process that they didn’t want this novel to be a “political push.” Drug addiction is such a universal issue, they said, and it has one of the worst stigmas attached to it, and it wasn’t their intent to use it for politics.

The pair believed the only reason they could write the book now was because of the fact that Harry was “confident, in a healthy place of healing, and solid in his long-term recovery to be this vulnerable.”

Regarding her political career, Dean stated she’s received “only positive responses from both Democrats and Republicans,” who have expressed their gratitude for sharing such an honest and emotional story. Mother and son both spoke freely about the pain that drug addiction causes both the addict and family.

As a member of Congress, Dean works with a “drug addiction task force,” which has made note of the fact that the number of drug-related deaths since the start of the COVID-19 Pandemic “could reach nearly 100,000 people,” which is 30,000 higher than previous years. Dean explains that drug addiction “does impact [Congress’s] work, and the policies [they] bring forward.” She advocates strongly for those policies that would allow citizens to receive better connections to healthcare and addiction recovery.

The authors’ hope for the book is not only to bring hope to those currently suffering but to help loved ones left behind by the tragedy of overdose. Dean and her family “recognize that there have been horrific losses” due to addiction and hope the book can give loved ones a glimpse at “what that parent, what that spouse, or what that brother or sister was struggling with” and to bring them comfort that way.

“Under Our Roof” is written in a dual perspective, alternating between mother and son. Drug addiction can strike at the center of any household, but getting clean is never too late for anyone. Recovery is possible, and that is exactly what Dean and Cunnane want the world to know. Expressing alternate sides of drug addiction in the same novel is a rare opportunity that really drives that message home.