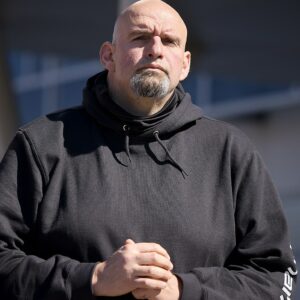 But some local Jewish activists say Fetterman is the wrong candidate to support, and they point to his recent endorsement by an anti-Israel progressive group.

The fact that Fetterman is making an appearance is news in itself, a sign he is recovering from the effects of a stroke he suffered in May. According to an AP report on Friday, Fetterman “sometimes struggles to speak smoothly,” a claim the campaign has not denied.

But how Fetterman speaks may not be as important as what Fetterman says about issues related to Israel and antisemitism. Fetterman is an outspoken member of the progressive wing of a Democratic Party struggling with antisemitism within its ranks.

For example, Fetterman has been endorsed by Peace Action, a far-left group that supports the Boycott Divestment Sanction movement that targets Israel. Fetterman said he was “grateful” for its endorsement. Some Jewish voters say he shouldn’t be. 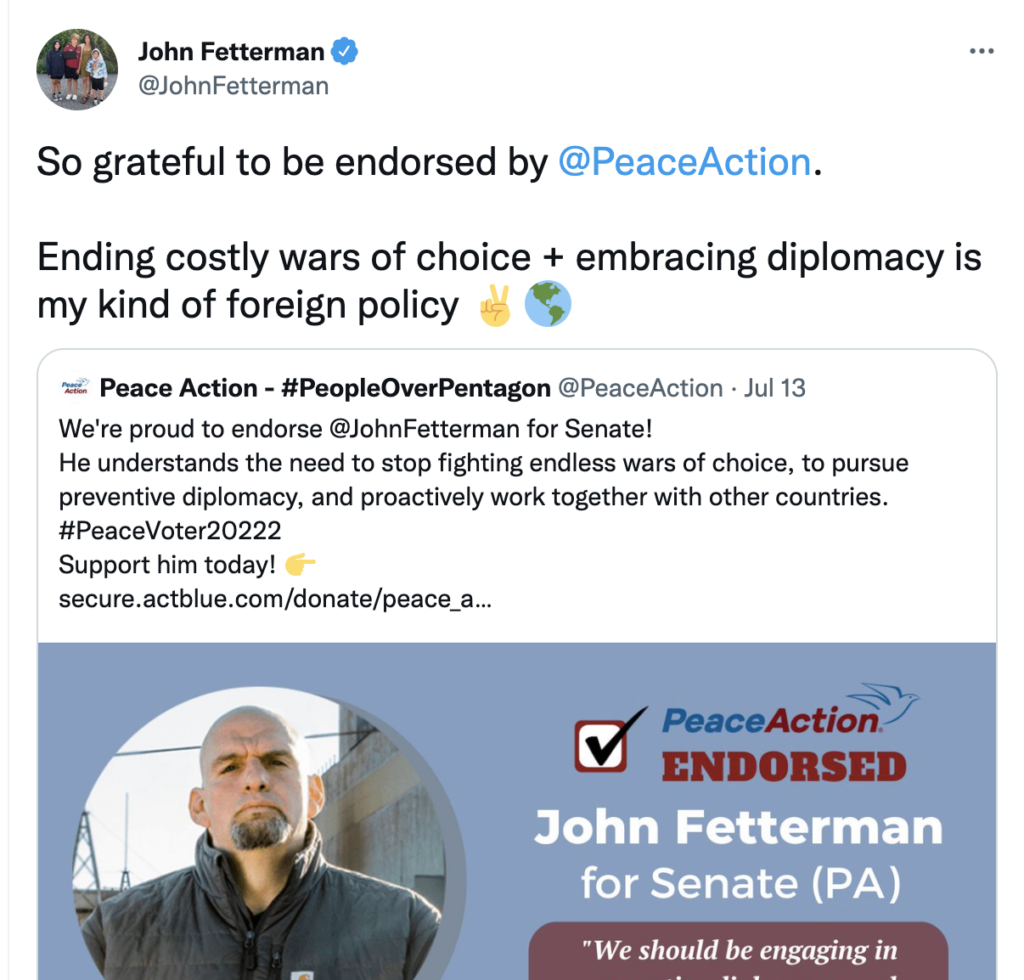 “The well-being of a strong, secure and vibrant Jewish state of Israel with an undivided Jerusalem as its capital should be a priority for every American,” said Steve Feldman, executive director of the Zionist Organization of America Philadelphia, when asked to comment on Peace Action’s Fetterman endorsement. “Weakening Israel, dividing Jerusalem and supporting terrorists and the creation of a nation led by terrorists is dangerous for America and the world. The Palestinian Authority has paid terrorists who have murdered Americans. The Palestinian Authority should not be the beneficiary of American funding, whether directly or indirectly.”

Dr. Mehmet Oz, the Republican running for the Senate seat, said, “It’s no surprise that John Fetterman was endorsed by yet another radical far-Left, anti-Israel group. Whether it’s proudly advocating for the Iran deal or touting his endorsements by radical groups like Peace Action that would allow Israel’s enemies to get nuclear weapons, Fetterman aligns himself with groups whose goals directly oppose the United States and Israel.”

The Iran deal  is an agreement between western nations and the mullahs who govern the Islamist nation of Iran. It was advocated by the Obama administration, but had bipartisan opposition, including from Senate Majority Leader Chuck Schumer (D-N.Y.)

Peace Action has called for the United States to ‘stop protecting Israel’s nuclear weapons in the Middle East,’ and is a vocal defender of the Iran deal, the Oz campaign said.

Fetterman said he would vote for the Iran deal because “I believe strongly in President Obama and the way he handled foreign affairs as president,” though he admitted “everyone agrees it’s sort of an imperfect deal,”  The Washington Post reports.

Fetterman still wants the Biden administration to push for the Iran Deal, even as revelations of controversial American concessions began to emerge. Among them: Greenlighting a $10 billion Russian-Iranian nuclear contract and removing the Revolutionary Guards (IRGC) from the U.S. terrorist list.

“I support President Biden getting back into the deal. I think President Trump made a mistake by removing us from the Iran nuclear deal,” Fetterman said at the Pittsburgh Foreign Policy Forum on March 9. “Longer and stronger in terms of what I believe. And Iran should not be allowed to acquire nuclear weapons. But at the end of the day, it must be done on a trust-but-verify basis.”

The Fetterman campaign did not respond to requests for comment. However, in an interview with Jewish Insider, Fetterman said he opposes BDS and supports Israel’s right to defend itself.

Jill Zipin, founder and chair of Democratic Jewish Outreach Pennsylvania, said Thursday’s event is not open to the press. Asked about the Peace Action endorsement, she said she had never heard of the group.

“DJOP does not support Boycott Divestment and Sanction,” said Zipin. “I don’t know anything about that group and at this point I can’t give you any sort of comment because I’m not familiar with the group but our group does not support BDS…I can’t speak to who gives him endorsements or who does not. We support John Fetterman because he supports a two-state solution and he is a strong supporter of Israel. He’s also been endorsed by Democratic Majority for Israel.”