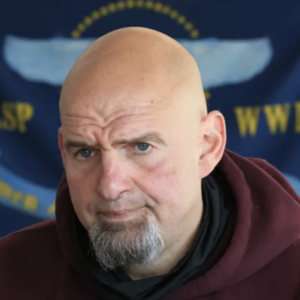 A new poll in the Pennsylvania U.S. Senate race is the latest to show Democrat Lt. Gov. John Fetterman’s double-digit lead over the summer has faded. He’s now locked in a competitive race with GOP opponent Dr. Mehmet Oz.

The Muhlenberg College/Morning Call poll released Thursday found Democratic Attorney General Josh Shapiro with a solid 11-point lead over state Sen. Doug Mastriano, 53 to 42 percent. But in the Senate race, Fetterman is just five points ahead at 49 to 44 percent.

Both Fetterman and Shapiro have made abortion central to their campaigns. Shapiro has been hammering Mastriano with TV commercials over the Republican’s staunch pro-life stance. Mastriano supports a ban on all abortions, without exceptions, beginning at around six weeks into a pregnancy.

According to the new Muhlenberg poll, just nine percent of Keystone State voters support a total abortion ban, and 21 percent believe it should be illegal “in most cases.”

Fetterman has also been campaigning hard on his commitment to legal abortion at any point in a pregnancy. At a recent rally of abortion rights supporters, the Democrat introduced himself as “John Fetterwoman” and waved a t-shirt to match.

The poll of 420 likely Pennsylvania voters was taken between Sept. 13 and 16. It has a plus or minus 6 percent margin of error.

“I’m confident that our results are within the margin of error for the poll which is +/- 6 percent,” said Christopher P. Borick, director of the Muhlenberg College Institute of Public Opinion. “While sample size is certainly an important consideration in evaluating a poll, other factors such as sampling methods, likely voter screens, and survey design are also key considerations. Our results should be considered in context with other reputable public polls when one seeks to appraise where races stand.”

A Trafalgar Group poll, also conducted this month, showed Shapiro and Mastriano in a much tighter race of 47.4 to 45.4 percent. Trafalgar had Fetterman at 47.7 and Oz at 45.9.

“Pennsylvania voters see through John Fetterman and his extreme agenda. Dr. Oz has all the momentum in this race, and on November 8, the Keystone State will send him to the Senate,” said Republican National Committee spokesperson Sean Shute.