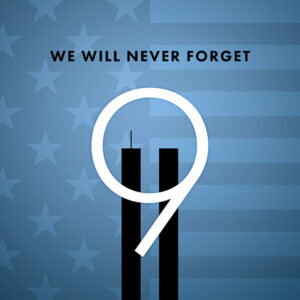 From the most worrisome times amid the pandemic, we marveled at the service and sacrifice of those on the front lines–in hospitals, laboratories, and senior care centers.

In many ways, those brave workers are compatriots to America’s military veterans who also kept pushing ahead during the last two challenging years–even those carrying heavy burdens from battle.

They often suffer in silence, having put their country above their personal safety and well-being. All are true heroes, and while the coronavirus upended our daily lives, my organization–Building Homes for Heroes–maintained its nationwide efforts constructing, modifying, and gifting mortgage-free homes at an average of one home every 11 days to injured veterans and their families.

Over that stretch, recipients included retired Army Sgt. 1st Class John Goudie of Florida, who was shot in 2012 on a combat mission in Afghanistan, losing his left leg and suffering a traumatic brain injury. Retired Army Staff Sgt. Veronica Hally of Pennsylvania who has severe PTSD after tours in Iraq and Afghanistan. And retired Army Sgt. 1st Class James Pistole of Florida, who lost his left leg and left hand in an IED explosion.

The program stayed active, overcoming slowdowns in construction and the delay of material shipments caused by supply chain restrictions. Loyal donors stayed by our side and new homebuilders have joined us, providing expertise and generous support.

Now, we are reaching a milestone for those who have selflessly served our country. Home 300 was dedicated Sept. 10 in Pecan Square, a Hillwood Communities development in Northlake, near Fort Worth. Texas homebuilder Highland Homes constructed it in partnership with Hillwood, a Perot company.

Building Homes for Heroes’ founder, businessman Andy Pujol, has said the courage and sacrifice of veterans are inspirational, as has been the work and dedication to the community by first responders.

To honor them, we plan to expand our home-gifting program to police, firefighters, and other emergency first responders.

Pujol, who volunteered in the search and rescue at Ground Zero, said Building Homes for Heroes hopes to gift its 343rd home around Sept. 11, 2023, recognizing the 343 New York City Fire Department members who died on Sept. 11, 2001.

What has made this work so rewarding is knowing the kind of people we are helping, easing the financial burdens for those who have spent years putting themselves in harm’s way to protect our country.

On the day before the anniversary of the 9/11 attacks, keys to the latest home went to an incredibly deserving veteran, Jonathan Merchant, who had just returned from Bosnia when he suffered a quadriplegic spinal cord injury in a car accident.

Merchant, who was an Army specialist stationed at Texas’ Fort Hood, has not let his injuries define him. Doctors told him if he survived, he could not expect to be self-sufficient and would have a limited life. He instead has regained some feeling in his arms, becoming a competitive cyclist, swimmer, and triathlete.

He was the first quadriplegic to finish the half ironman distance in a race sponsored by Challenged Athletes Foundation. A certified life coach, he now seeks to inspire others facing adversity.

It is that kind of resiliency that drives our work at Building Homes for Heroes. I don’t see us stopping and, as we expand our mission, I can’t wait to reach 1,000 homes.

Kimberly Vesey is vice president and general counsel of Building Homes for Heroes. She wrote this for InsideSources.com.