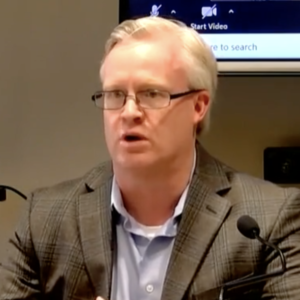 When the state Senate Community, Economic, and Recreational Development Committee held a forum on the reliability of Pennsylvania’s energy infrastructure in Harleysville last week, union workers and their allies boiled the issue down to one word: Jobs.

Committee chairman Sen. John Yudichak (R-Carbon and Luzerne) kicked off the forum by talking about workers and wages. “Pennsylvania has the natural resources and the skilled workforce to compete with any state or nation in the world, but we have to advance innovative business tax policies that help set the stage for private investment and the growth of high-wage jobs in the technology and energy sectors,” Yudichak said.

The Delaware Valley’s Sen. Bob Mensch (R-Montgomery and Berks) agreed. “The last year has been very difficult in terms of our economy and jobs,” he said at the conclusions of the hearing. To get back on track, it’s important to focus on how technology and infrastructure can positively impact our economy in significant ways.”

The hearing featured leaders in Pennsylvania’s energy economy, including representatives from Shell Oil, which owns and operates a cracker plant in Western Pennsylvania, and Energy Transfer, whose Mariner East pipeline travels through the Delaware Valley. Tim Ratcliffe of Veritas Medical Solutions, whose company hosted the hearing, explained how the energy sector had a direct impact on his business. Veritas creates radiation barriers for oncology treatments, replacing the traditional concrete barriers with a composite material.

“Without a reliable source of fuel, our prices go up,” said Ratcliffe. “We’ve seen a 25 percent increase with our freight costs over the last four months. Without deliverability, without reliability, we are at the mercy of transportation companies.”

However, the committee’s minority chair, Sen. Amanda Cappelletti (D-Montgomery and Delaware), used the hearing to make the case for moving away from carbon-based fuels.

“In order to make infrastructure that lasts, we need to build sustainably,” Cappelletti said.  “Moving away from fossil fuels is scary to some, but we can be held back by pessimism and fear.”  The senator noted the C- rating Pennsylvania received from the Biden administration on infrastructure.

Organized labor also had a strong voice at the hearing, with speakers from several unions. A wide array of topics — from past energy achievements, to what the future will look like in Pennsylvania will look like — were discussed.

Cappelletti argued in favor of a transition to renewables and more reliance on electricity. “If we convert to an electric fleet and we really start to make electricity the norm, because electric markets are more stable, wouldn’t that be better for you in business stability and your business partners?” she asked Ratcliffe.

“In the long term it’s possible,” Ratcliffe said. “It’s a 25-to-50-year investment.” He asked the senator to consider the electric cars on the market now. “Think of how much you have to take out of the ground to make those batteries. What you are destroying, from an environmental perspective with taking the ore out for that, is huge.” He also pointed out that the electricity needed to charge an electric car’s battery is supplied by carbon-based generation.

Cappelletti pushed back, saying the state is part of the PJM grid. “PJM has a significant amount of electricity that’s created by renewable resources in Pennsylvania,” she said.

After their exchange Yudichak said, “the PJM generating portfolio is 29 percent coal, 31 percent natural gas, 34 percent nuclear, and about 6 the renewable.”

But for many of the participants, the key issue was keeping Pennsylvanians working.

“The reality is I hear comments ‘we are getting away from fossil in 20 years 30 years,’ but realistically you are never getting away from fossil fuels,” he added. He does believe renewable energy holds a place in the future for his members and energy portfolio, especially nuclear energy. Bland said there are 50 nuclear power plants being built worldwide, but only one is in the US, something his union would like to see changed.

“A necessary shift is taking place in the way we power our nation,” said Jim Snell, Business Manager of Steamfitters Local Union 420. “We understand the urgent need to protect our environment and address climate change, but we also need to protect our manufacturing and related industries — and the good-paying jobs they provide. The transition won’t happen overnight.”

“There is still a tremendous need for the traditional energy sources that power our everyday lives and provide the materials needed to create the products we rely on daily,” said Snell. “Petrochemicals are still used in a wide array of household products. Moreover, American energy and the many products it creates have never been more critical, as we continue to confront the global healthcare crisis caused by this pandemic.”

Pennsylvania’s energy sector employs more than 269,000 people according to the 2020 Pennsylvania Energy and Employment Report. And energy workers earn an annual salary of more than $70,000, higher than the state’s average.

Perhaps more significant, data collected by a think tank run by Obama Energy Secretary Ernest Moniz found a significant wage gap between so-called “green energy” jobs and those in the traditional energy sector. For example, the median wage for solar workers is $24.48 an hour compared with $30.33 for natural gas workers.

“For people that are in the fossil sector, the prospect of moving to the clean energy sector if you have to take a pay cut is not attractive,” said Brad Markell, the executive director of the AFL-CIO Industrial Union Council told Politico.

“The conversation around our technology and energy infrastructure is important for Pennsylvania to recover from this pandemic in terms of our economy and jobs, building back our schools our universities,” Yudichak said as the meeting concluded.

“The subject is not environment versus jobs. They’re not mutually exclusive. We can do both.”