Pennsylvania Senator Pat Toomey is known to be a quiet, judicious man in political circles, who takes careful, but public stances when the time and reasoning are right. Just such a moment came last week as Congress approached a potential government shutdown, a holiday recess and a deadline to pass another COVID-19 aid package.

In the waning hours of negotiation over the $900 billion bipartisan bill, Toomey spotted a glaring problem: The bill would have potentially given future administrations the ability to perpetuate a temporary Federal Reserve lending program that he had helped create for the sole purpose of stabilizing the economy during this spring’s economic shock.

Despite the impatience for pre-Christmas headlines of a deal by the president, members of his own party, and the entire Democratic Party, Toomey sent Senate leadership language restricting misuse of this extraordinary, emergency tool granted to the Fed in March.

He demanded assurance that the temporary lending facilities created to dispense of emergency CARES Act funding “expire at the end of the year and cannot be re-started or duplicated without authorization by Congress.”

Sensing the mounting reaction from the left, Toomey noted that his provision was “emphatically not a broad overhaul of the Federal Reserve’s emergency lending authority.” Instead, it was intended to ensure the power of the purse remains with Congress while the Fed would retain the same powers it had until February of this year.

If our representatives deem it necessary to do so, they could do what legislators are supposed to do and pass a bill to create another emergency program.

When Sen. Toomey drew his line in the sand, it was to prevent future Treasury secretaries from using the Fed’s new emergency fiscal tools for purposes unrelated to COVID-19, including financing controversial political and social programs, and to place the $429 billion in remaining funds from the March emergency loan programs back with Congress.

Yet, the Democrats and the media proceeded to pretend Toomey was dangling America’s economic future over the edge of a cliff.

President-elect Joe Biden and lawmakers such as Sens. Elizabeth Warren (D-Mass.) and Robert Menendez (D-N.J.) decried the proposal as “sabotaging” the Biden presidency. Menendez went so far as to accuse Toomey of preventing “the Fed from responding to future economic crises.”

This hyperbole was echoed throughout the national press over the weekend.

The New York Times published an article on Section 13(3) of the Federal Reserve Act, which established the Fed’s lending powers, inferring that Toomey’s proposal would change that law.

Politico announced that the provision would “slam the door on Biden’s ability to extend emergency economic support.” The Washington Post billed the proposal as an “existential threat” to the Fed. And an op-ed in Newsweek accused the senator of (heresy!) helping his “wall street donors” by removing the Fed’s artificially low loan interest rates which compete for their market rates.

All of these accusations are, at best, due to ignorance of the Washington media. At worst, they’re the result of a press corps addicted to blistering hot takes, that is particularly willing to mislead the public in order to scorch any sitting elected official with an R next to his name.

But within hours of the sky beginning to fall, Senate Minority Leader Chuck Schumer (D-N.Y.) and Toomey hammered out a compromise that included the critical substance of Toomey’s proposal.

And suddenly, all omens of sabotage have vanished, and lawmakers had voted to pass the nearly $1 trillion spending bill. One can only hope this is because Toomey’s critics came to recognize their own duplicity. It was only months ago that they were calling the program Trump’s “slush fund.” In March, Sen. Warren tweeted this:

However, it’s more likely that they were looking forward to not letting this emergency go to waste with a new administration, by using this temporary lending authority (which they first condemned as corrupt but now call essential) to advance their long-term political priorities.

Thankfully, Treasury Secretary Steven Mnuchin and the Fed haven’t allowed this program to become anyone’s slush fund this year. And Sen. Toomey, often unheralded for his studious and conservative persona, has now ensured it won’t in the future.

This episode brings to mind an interview Toomey did with the Wall Street Journal in 2017. In that interview, he said that no matter what Republicans do, Democrats and their allies in the media will always attack them, “so do the right thing and explain what you’ve done.”

Despite an onslaught of unfounded accusations against him, Toomey won by standing firm on his principles. He did the right thing, and then explained why he did it. It is up to the rest of us to listen. 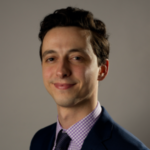 Albert Eisenberg is a co-founder of Broad + Liberty, where this opinion piece first ran.