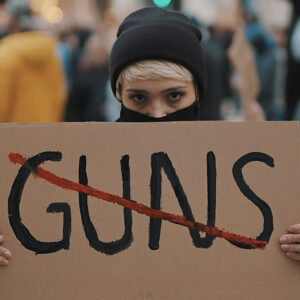 You’ve gotta give Michael Cogbill credit for offering up a gun control proposal in the Pennsylvania Capital-Star that isn’t the same stale rhetoric about gun bans (which the gun control lobby has been calling for since the late 1960s), universal background checks, smart guns, and other restrictions that are the usual talking points of the anti-gun crowd.

Unfortunately, Cogbill’s new idea isn’t a good idea. In fact, it’s so silly that I’m actually embarrassed for him. I have no doubt that the AFL-CIO and NAACP activist is deeply troubled by the rising rate of shootings and homicides in Philadelphia and the toll that it’s taking on individuals and communities across the city. But his call for a 20-year moratorium on the manufacture and importation of firearms is as unfeasible as it is unconstitutional.

According to Cogbill, the root of the crime problem in Philadelphia is that “there are just too many guns, handguns, shotguns, assault rifles, machine guns, and now, ghost guns,” which begs the point; if we already have “too many guns,” what difference would a 20-year moratorium on their manufacture actually make? Why is Cogbill so confident that his 20-year gun ban wouldn’t simply expand the illicit firearms market, with international crime syndicates like MS-13 and drug cartels selling “ghost guns” along with the opioids and other drugs that are actually killing more Philly residents than guys with guns? In 2020, there were 499 homicides in Philadelphia. There were also 1,214 drug overdose deaths, and last time I checked we already have a moratorium on heroin, fentanyl, and meth.

Cogbill also plays fast and loose with his data; reporting, for instance, that “the FBI estimates that nearly 40 million guns were purchased in 2020, by the number of NCIS background checks initiated.”

Despite what Cogbill apparently believes, not every NICS check is related to a gun sale. In reality, the National Shooting Sports Foundation estimates that about 21 million firearms were sold last year.

Maybe Cogbill was just confused about the NICS data, but even the 21 million gun sales are too much for him. Heck, a single gun sale is one too many, since he’s proclaiming the answer to Philadelphia’s crime problem lies with “a blockade on the production and import of firearms for at least the next 20 years,” which he claims is “feasible,” though it will take “courage, creative thinking, and relentless advocacy” over a short period of time.

It’s gonna take more than that. First, you’d need to change Congress, and then you’d need to change the Constitution (or at least the Supreme Court). Democrats can’t get universal background checks passed at the moment. They haven’t even bothered to introduce Joe Biden’s gun ban because Nancy Pelosi isn’t sure she could even pass that out of the House. What on earth makes Michael Cogbill believe his ban could become law, much less one that would be upheld by SCOTUS?

Unfortunately, he doesn’t say. Cogbill offers no roadmap to put his plan in place, just some hollow words about creativity, courage, and advocacy. It’s a fundamentally unserious solution to a very serious problem because it ignores several important facts.

In the United States today there are 100 million gun owners, 400 million privately-owned firearms, and a Constitution that protects the right to keep and bear them. Michael Cogbill certainly doesn’t like those facts, but any successful public safety strategy can’t simply ignore them, as he does. And because of those facts, any supposed solution that revolves around reducing the supply of firearms is doomed to failure.

Here’s another fact. It’s a relatively small number of individuals who are driving the violence in Philadelphia and every other community across the country. By focusing on those individuals and reducing their demand for firearms, cities can dramatically reduce shootings and homicides without wasting time trying to ban and arrest their way to safety. That includes community outreach efforts that have a proven track record of success, but it also involves ensuring swift and certain consequences for those who refuse the help and continue to inflict such pain and misery on their community.

I don’t know Michael Cogbill, but I know his frustration. I’ve had to comfort one of my own children this year after his friend was randomly shot and killed as he walked to a corner store in Richmond, Virginia to buy a bottle of tea. Violent crime is on the rise, and we must do something to address it. But we have to do something that works and Cogbill’s idea is completely unworkable on multiple levels.

As a Second Amendment advocate, I think his idea is an unconstitutional abomination, but as someone who also cares deeply about successfully reducing violent crime (as we did from the early 1990s to 2019, with millions of new firearms being sold every year), I believe it’s a waste of time and human life to wistfully pine for a solution with no basis in reality. We’re not going to stop making guns for the next 20 years, and Americans aren’t going to quit buying them. In fact, as violent crime rises more Americans are going to want to keep and bear arms for their own self-defense, and they’ve got the right to do so. Any “solution” that tries to change that reality is doomed to fail and isn’t really a solution at all.