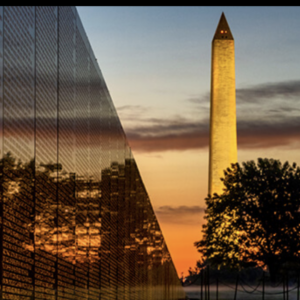 It was 1998—the year I turned 21 years old and close to the exact moment the ship I was deployed on entered the waters of the Persian Gulf. At the time, it was the most significant military build-up in U.S. history since Desert Storm.

My mission was to lead a group of Marines in recovering any pilot shot down in our area of operations and neutralize the plane. It was the first time I was issued live grenades. Before taking my position for the next week, I called home.

My father, a salty Vietnam Veteran, answered. Our brief interaction over the satellite phone was stoic at best. In not so many words, he explained to me I might not make it home but to make sure my Marines did.

He told me he loved me before abruptly ending the call. I stood there a few minutes, processing his words before I headed to my gear to await orders. After my initial enlistment in the Marines, my father and I had a stronger bond, which I didn’t fully understand at the time.

We would spend hours talking about life, history, and the military. One evening, I asked him how he survived Vietnam. He took a long drag off his cigarette and said, “Son, I went crazy.”

He followed up with a vignette about sacrificing oneself for the greater good and how the color of the man beside you doesn’t matter as he recalled the death of one of his best friends, a Black soldier, who died in his arms after a mission.

Looking back, two deployments later as an officer in the Navy Reserves, I have matured enough to grasp the lessons my father was trying to teach me throughout life. He had been a prisoner of war for a short period and was awarded the Silver Star for valor.

I was his boy, and he wanted to prepare me for the realities of war knowing a military career would be my vocation after high school. And while the drill instructors on Parris Island and the cadre at the School of Infantry prepared me for the technical execution of war, it was my father’s influence that taught me how to lead.

February will mark 20 years since his passing, almost the same amount of time I was alive when I made that call home. He demanded no military honors at his funeral. Instead, we celebrated a man who earned his citizenship not as a soldier but as a decent community-minded servant.

Men like my father, whose exploits fill the pages of books and appear on the big screen, never had the type of homecoming they deserved. No Lee Greenwood, hero discounts, or the cumbersome “Thank you for our service.”

If he were alive today and someone thanked him for his service, he would challenge folks to instead ask how they could help the veteran career-wise with something of lasting substance.

I miss him more every year, and his legacy lives in me, not because I remain in uniform but because of my work helping others preserve freedom and lift those in their community through philanthropy.

Lukas C. Dwelly is a military veteran and philanthropic advisor for DonorsTrust, a mission-driven giving-account provider. He lives in Kentucky with his twin girls and dog Norman Buckley. He wrote this for InsideSources.com.