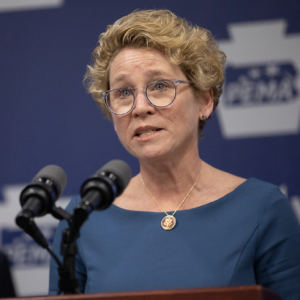 Since the U.S. Supreme Court decision overturning Roe v. Wade, Pennsylvania women have been outpacing men by 12 percent in registering to vote, according to voter data firm Target Smart. That is significant because both Democrats at the top of the ticket are outperforming their GOP opponents among women, the latest polls show.

A Pew Research Center poll released in August revealed abortion was an essential issue for 56 percent of voters this election — a 10 percent jump since March. While there has been no difference in the importance of the abortion issue among Republican voters since March, the importance among Democrat voters increased to 71 percent — a 25 percent jump since the landmark ruling.

In Montgomery County, female voters registering as Democrats has been six times higher than Republican registration since the U.S. Supreme Court ruling. Comparing male voters, Democrat registration is around two times greater than Republicans. According to data, 511 women have switched to the Democratic Party, while just 211 women have switched to the Republican Party, according to Kelly Cofrancisco, Montgomery County’s director of communications.

Both Chester and Delaware County spokespeople told DVJournal they couldn’t provide complete information about the sex of newly-registered voters. However, since the ruling, the Chester Democratic Party added 1,471 more new voters than the GOP.

“On one hand, Chrissy will continue to fight until Roe is the law of our land,” said Shane Wolfe, her campaign manager. “On the other is a candidate who supports the extremists in Washington and Harrisburg trying to pass a nationwide abortion ban without exceptions for rape and incest. Voters need to know where their candidates stand on this key issue. And since the Dobbs decision, we have seen a surge of volunteers, donations, and voter registrations to support Chrissy’s election.”

Ciarrocchi pushed back on Houlahan’s attacks.

“I don’t rely on the media to educate me on ‘what women think,” said Ciarrocchi, the father of two daughters and a son, who has coached girls’ softball for 23 years. “The Inquirer story, unfortunately, continues a pattern of dividing-up Americans into political ‘camps’—based on gender, race, geography, etc. and making generalizations.”

A weak economy, rising crime, and students falling behind are at the forefront of Ciarrocchi’s campaign because those are the issues that unite everyone, he said.

“There have been a lot of twists and turns and news stories during this campaign, but the issues have remained constant,” Ciarrocchi said. “Gas is too expensive, inflation is robbing us of our paychecks and savings, violent crime is on the rise, and too many parents feel powerless as their kids fall behind academically and emotionally.”

EMILY’s List, a pro-choice political action committee, has donated $11,600 during this current election cycle to Houlahan’s campaign according to Open Secrets.

That PAC also donated $34,845 to Rep. Susan Wild’s campaign. Wild also received $8,500 from another pro-choice PAC known as A Woman’s Place. Redistricting led Wild’s seat to lean more Republican, according to the Cook Political Report. A recent poll revealed that 47 percent of respondents would vote for Republican challenger Lisa Scheller and 43 percent for Rep. Wild.

“From the start of his campaign, Dave has been focused on issues that are hurting families and women,” Luongo said. “Having been raised by a single mother, Dave knows first-hand the impact higher grocery and gas prices have on families, especially single mothers. Dave doesn’t need a poll to know that real leadership would never allow for a shortage of baby formula.”