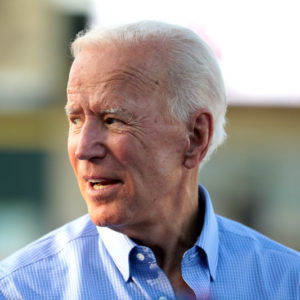 The Democratic National Committee’s new environmental policy platform calls for a sweeping anti-fracking agenda that could damage Joe Biden’s attempt to win back some blue-collar Pennsylvania Democrats who supported Trump in 2016.

The 14-page proposal, from the DNC’s Environment & Climate Crisis Committee released Thursday, calls for $16 trillion in new spending to promote green initiatives and ban fossil fuels. That includes a ban on fracking at a time when natural gas production is a vital source of revenue for the commonwealth, employing thousands in an uncertain economic climate.

Jim Snell, president of the Local Steamfitters 420, says that while the Green New Deal Democrats get most of the media coverage, Pennsylvania Democrats backed Biden, not progressive Vermont Senator Bernie Sanders. Those progressives, he argues, are trying to win a fight over the DNC’s platform they couldn’t win on the campaign trail. (Sanders announced his withdrawal from the race in April but remains on the ballot and continues to campaign.)

“Pennsylvanians on Tuesday chose Joe Biden as their Democratic presidential nominee,” Snell told Delaware Valley Journal. “Supporters of Bernie Sanders are unhappy with that decision, and have been for some time now, so they are trying to hijack the Biden campaign by pushing policies that would obliterate good-paying, family-sustaining skilled labor jobs and, frankly, potentially put his entire commonwealth campaign at risk.”

Snell’s union is heavily invested in the Mariner East pipeline project which runs through portions of Chester and Delaware Counties, as well as the Marcus Hook natural gas terminal.

“The 12-person panel [committee], which became a permanent DNC entity in February, is stocked with progressives rather than traditional party power players,” Politico noted.

The committee’s plan also called for a “near-zero” greenhouse gas economy by 2040, and some energy advocates see natural gas as the lower-emission “bridge fuel” on the path toward that goal.

“The reality is that the massive transition from coal to natural gas for power generation has done more for emissions reductions than anything renewables have brought online in recent years,” Kurt Knauss, spokesman for the Pennsylvania Energy Infrastructure Alliance, told Delaware Valley Journal.

“If he goes too far left, he runs the risk of turning off support from blue collar voters who depend on fossil fuel industries for their livelihoods — a group he needs to win in key battleground states such Pennsylvania in November,” Brauer told Delaware Valley Journal. “If he is too moderate then he runs the risk of offending the environmental activists of his party.

One of the DNC’s environmental committee members, Michelle Deatrick, told Politico that once a candidate is on the left, matters of gradation and nuance are lost because of the tactics they expect from President Trump.

“Trump’s going to call Biden a lefty no matter what, right?” Deatrick told Politico. “So, let’s energize our base, let’s energize the middle. Let’s do what’s right because the planet is at stake.”

Shortly before Bernie Sanders dropped out of the race, the senator continued to pressure Biden leftward on energy policy.

“No new fracking,” Biden pledged during the Democrats’ March 15 debate. When pressed for more details on the statement, Biden simply repeated it.

Still, Brauer says the COVID-19 crisis and the social unrest playing out across the country are pushing energy and environmental issues further down voters’ ladder of priorities. And Biden may have enough power as the nominee to shunt the proposal to the side.

“He will throw a bone or two to the left of his party to try to keep them onboard,” Brauer said.

“Otherwise, he will mostly avoid any specifics concerning the environment choosing instead to focus on the imminent issues. It is not an unusual strategy for a nominee to be vague during a general election campaign. Trump certainly gave few policy specifics during the 2016 campaign and he successfully won the presidency.”