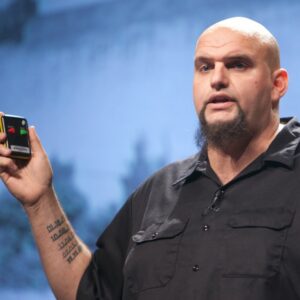 If you catch a member of the U.S. Senate watching middle-school teachers doing a dance routine from the musical “Cats” on TikTok, there is a very good chance that lawmaker is from Pennsylvania.

A review by States Newsroom found just 32 members of Congress, including seven senators, have TikTok accounts. Sens. Bob Casey and John Fetterman are two of them. The Delaware Valley’s own Rep. Chrissy Houlahan is also on the list.

“While there are no laws in place banning lawmakers from using the app on their personal devices, cybersecurity experts have raised concerns over data collection for those members who deal with sensitive government topics,” the news service reported.

TikTok is owned by the Chinese company ByteDance, over which China’s Communist regime has direct control. Chinese laws mandate companies doing business in that nation must make data available to the government.

TikTok has also been cited as one of the most invasive apps in wide use, sucking up personal data from devices unrelated to the funny dance videos and other content on the app. It can collect user contact lists, access calendars, even scan hard drives — including external ones.

And despite claims from ByteDance that American customers have nothing to worry about, a recent report from Buzzfeed News revealed leaked audio from TikTok meetings showed U.S. user data had been repeatedly accessed from China.

As a result, federal and state agencies have banned the app from government devices.

Pennsylvania Treasurer Stacy Garrity announced last month TikTok has been banned from all of her department-issued devices.

“Treasury’s computer network is targeted by scammers and criminals every day,” Garrity said. “TikTok presents a clear danger due to its collection of personal data and its close connection to the communist Chinese government.”

Even the U.S. Senate, where Casey and Fetterman serve, unanimously passed the No TikTok on Government Devices Act banning the app from government devices. Sen. Josh Hawley (R-Mo.) wants to ban TikTok entirely.

“[TikTok] is China’s backdoor into Americans’ lives. It threatens our children’s privacy as well as their mental health,” Hawley tweeted on Tuesday. “Last month Congress banned it on all government devices. Now I will introduce legislation to ban it nationwide.”

The question for Casey and Fetterman is whether they use TikTok on the same devices they use for official business such as emails, spreadsheets, texts, etc. It is a question both senators declined to answer.

They also didn’t address the national security concerns raised by FBI Director Chris Wray, concerns that inspired the State Department, Department of Defense, and Department of Homeland Security to ban the app from federal agency devices.

Former U.S. Rep. Mike Rogers is a national security expert who chaired the House Intelligence Committee. He said the question of whether members of Congress should be using TikTok “is black and white.”

“Any government official who is on TikTok should immediately delete their account,” Rogers told Delaware Valley Journal. “Anything on that device is vulnerable to Chinese software, which could have a long tail of consequences. This isn’t a matter of a fun app on which you can scroll. It’s irresponsible to the constituents these elected officials took an oath to serve. Our national security is at stake.”