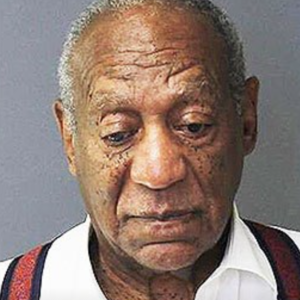 Despite COVID-19 Danger, No Early Release for Bill Cosby from MoCo Prison

Despite pleas from Bill Cosby’s allies that he will be “executed by COVID-19” in prison, Pennsylvania authorities say the disgraced comedian will not receive an early release in response to the coronavirus outbreak.

State and county corrections facilities have released prisoners in a bid to reduce coronavirus risks among the state’s incarcerated population, and Wolf has authorized a temporary reprieve for at-risk, nonviolent prisoners with imminent release dates. Up to 1,800 Pennsylvania inmates are eligible.

However, Finn noted,  Wolf’s April 10 order specifically makes sex offenders — no matter their age, health or instances of coronavirus in their correctional facilities — ineligible for early release. Cosby, 82, is being held in SCI Phoenix facility in Montgomery County, which has reported cases of the coronavirus among a number of staff and inmates.

In 2018, Cosby was found guilty of drugging and sexually assaulting Andrea Constand, a former Temple University employee, in 2004. A judge sentenced him to serve three to 10 years behind bars.

Cosby’s representative, Andrew Wyatt, was devastated by the decision. He’s been pleading for his client’s release, saying Cosby’s age and health should qualify him for “compassionate release” — which Wyatt readily admitted does not currently exist in Pennsylvania.

“Mr. Cosby was not given a life nor death sentence, he was given three to 10 years, he has served almost a year and eight months in prison, he has less than 16 months left before he goes up for parole, “ Wyatt said. “We’re asking the governor to not let this American citizen — this human being — be executed by COVID-19.”

Wyatt said the part of the governor’s order that took him “by storm” was the fact that each individual district attorney had the right to decide on inmate releases.

“Of course, the Montgomery County District Attorney Kevin Steele was going to be biased against Mr. Cosby,” he said. “And we felt that was the wrong move [for Wolf] to make.”

Steele concurred with the DOC’s conclusion. “Sexual assault offenses and rape are violent crimes, and prisoners convicted of those crimes are rightfully not eligible for release under Governor Wolf’s order.”

Once known as “America’s Dad,” Cosby was also accused of numerous other cases of sexual assault and rape — though none of these made it to trial. His name has become synonymous in popular culture with drugging and sexually assaulting women.

When asked whether Cosby should indeed be released for compassionate reasons, James Willshier, chief public affairs officer for the PA Coalition Against Rape (PCAR), said the victims are the ones that need to be considered.

“PCAR believes that everyone should be held accountable for their actions and we stand with all the survivors that come forward to seek justice through the courts as part of their healing,” Willshier told Delaware Valley Journal. “Anyone who commits sexual abuse or assault must be held accountable regardless of their power, fame or position in the community.

“It is our understanding that the Department of Corrections has a deliberative process in reviewing early or temporary release as they weigh into uncharted territory.”

Despite the clear guidelines, Wyatt said the effort to release Cosby continues.

“Our attorney is in the process of drafting an actual petition for clemency, for Mr. Cosby to give to the governor, either this week or next week,” he said. “And that’s the route we are taking now.”