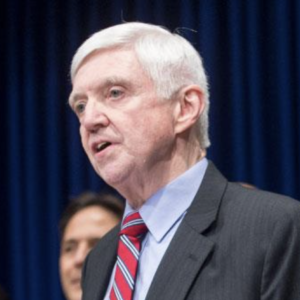 Frank Dermody, the top Democrat in the Pennsylvania House of Representatives, is staying silent for now over accusations that a member of his caucus verbally attacked Republican Rep. Thomas Murt of Montgomery County.

Murt said on Monday night he received a bizarre and unclear text from Democrat Rep. Brian Sims of Philadelphia.

When Murt then called Sims to ask what the issue was, he alleges Sims “directly launched into a verbal, hostile, and a threatening attack on me personally.”

“He used the f-word repeatedly, he screamed at me ‘I will ruin you. You are finished. I’m going to get you for this. I’m not done with you,’” Murt told Delaware Valley Journal earlier this week.

He called police that night to report the incident, saying he did not feel safe for his family, staff or district offices.

Early Tuesday morning, Murt sent his own description of the phone call to House leadership of both parties, which naturally included Dermody. But Murt told DVJ that in the two-and-a-half days since the email, he hasn’t heard a word back from the minority leader.

Dermody, who represents Allegheny and Westmoreland counties, also did not respond to multiple requests from DVJ seeking comment on whether he thought the Sims incident merited any kind of investigation.

If Sims were to face any political repercussions or disciplining for the call if it happened the way Murt alleges, that process would likely have to start with Dermody. Meanwhile, the Upper Moreland Police Department said its investigation remains ongoing.

Murt, who announced early in the year he would not be seeking re-election, now believes Sims was upset over the introduction of a memo seeking co-sponsors for a bill that would establish an LGBTQ+ bill of rights.

Sims is the first openly gay person elected to the General Assembly. He has not responded to numerous media requests and has deleted a Tweet that addressed the call.

“LOL in my entire life I’ve never said these things to Tom or anyone else,” Sims wrote in the deleted tweet that was captured by the Pennsylvania Capital-Star. “I did make it abundantly clear to him that killing the effort to advance LGBTQ legislation in Pennsylvania with his weird campaign effort is something that I’d make sure advocates knew about. And they do.”

Murt says he now believes Sims was upset over the introduction of the LGBTQ+ memo.

“Here’s the irony: he and I are on the same side of this issue,” Murt said, saying that he and Sims had always been professional in demeanor to each other. “We both are in unison that there needs to be an LGBTQ+ bill of rights.”

“In the combat zone, my duties included insuring that all soldiers were treated with fairness, equity, respect, and dignity, regardless of their gender identity,” Murt said in his memo. “These same considerations afforded by our military in a combat zone years ago, should now be extended to all Pennsylvanians.”

Sims  has apologized for his own self-described aggressive behavior in the past.

In 2019 Sims used his phone to film himself sparring with abortion protesters outside a Planned Parenthood clinic which drew wide criticism.

“I was aggressive. I know that two wrongs don’t make a right,” he said at the time. “I can do better, and I will do better.

Sims went after Republican leadership after it was learned a GOP House member tested positive for COVID-19 in May.

“BREAKING: There are some astounding accusations being made in the Pennsylvania Capitol today about the Republican “leadership” here in the House, that if true, MUST be followed by resignations, investigations, and maybe even prosecutions!” Sims wrote in a Facebook post.

“Putting the lives of Members and our families at risk to repeatedly tell the lie that Covid-19 isn’t a risk, while hiding life and death information from us, is beyond all American values and partisanship I’ve ever contemplated.”

UPDATE: A previous version of this article said Rep. Sims was the “first openly gay member of the Pennsylvania General Assembly.”

Former Rep. Michael Fleck was the first openly gay person to serve, however he did not disclose his orientation until after he was elected.

The article has been updated to reflect this information.