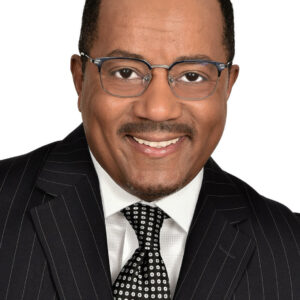 Some people were surprised by political outsider/blogger Stefan Roots taking one of two spots for Chester City Council on the fall ballot from an incumbent in last week’s Democratic primary.

Roots, however, was not shocked at his victory over William “Al” Jacobs.

“I guess I am surprised as a first-time candidate running against a well-entrenched and established machine,” Roots told the Delaware Valley Journal. “I knew it was going to be tough. But as we were proceeding through the campaign, it became pretty clear the people were responding to our messaging. And as the election came closer, it just got obvious.”

“What was surprising was the overwhelming result where we did capture 20 out of 22 precincts here in town,” Roots said. “That was a total surprise. It looked like we won by over 10 percentage points, which is pretty amazing.”

The messages he ran on were those he heard from people who signed his petition to get on the ballot.

“And everybody who came out to vote that we saw said, ‘Change, change, change.’ Change is what they want,” said Roots.

Roots, 60, was born and raised in Chester. He holds an electrical engineering degree from Villanova University. He’s held several jobs over the years, lived in Denver and New York where he worked for IBM, but moved back to Chester after the 9/11 terrorist attack. Roots is now an employee of DELCORA.

Roots, who pens the blog, Chester Matters, said that he will continue to write for his website even if he’s elected to council in the fall.

“I don’t anticipate getting off social media,” he said. “It’s my release. It’s what I do to relax. If I’ve got something on my mind, it’s easy for me to just sit down for 20 minutes, 30 minutes, and bang out an opinion piece.” He’s been blogging about his hometown for 15 years.

However, Roots conceded that he might have to keep some of the things private that he learns once he’s in office.

“I think some of the topics that I’ve been talking about up to this point might have to fall off the edge there…That platform has a lot of followers, and out of respect for the people who appreciate my writing, I would be doing them a disservice by just dropping off the face of the earth.”

Asked about the plethora of promises he posted on his campaign website, Roots said those were “points of focus.”

One of his major goals is to restore “fiscal sanity” to the beleaguered city currently under state receivership.

“A lot of it will be working closely with the receiver,” said Roots. Gov. Tom Wolf had appointed Michael Doweary as receiver for Chester last year. Doweary will help Chester deal get its financial house in order.

Although Roots wants to bring more jobs to the city, he hopes to do something about the incinerator, which he believes pollutes the air.  He noted that fewer than 10 city residents work there, noting most people don’t work where they live.

While Roots appreciates the work of environmental justice activists, “I also want to be the voice of reason too because that incinerator does bring a significant amount of money to the City of Chester.” But if the incinerator does go, that waterfront property could be redeveloped, he said.

Roots is also concerned about residents facing “food insecurity” and wants to work with the churches and other nonprofits to help.

Another of Roots’ causes is fighting blight and beautifying Chester.

“It became a big campaign issue,” he said. “There has to be a new focus on picking up trash every day. We need a multi-pronged approach to beautifying Chester.” To encourage this, he would like to see the city recognize people who plant flowers and clean up the trash on their blocks.

Not surprisingly, many people are focused on crime.

“Someone walking down the street shooting a gun, that’s immediate, so people don’t always respond to environmental justice as to street violence,” Roots said. But people do want their environment to be cleaner, abandoned buildings torn down or reused, and junk cars towed away.

Another priority for Roots is opening communication between the residents and the city government.

“I’ve learned that people want to be listened to,” he said. “And they want to be heard. And there’s some really simple things we can do.” Like having volunteer block captains that people can come to with their issues, which would decrease the call volume to city hall, where phones sometimes go unanswered, Roots suggested.

As for crime, Roots believes Chester needs more programs for young people to keep them occupied in a positive way.

And Roots rejects the Black Lives Matter calls to defund the police.

“I think Chester has been very fortunate in the sense that we have not had, as far as I know, any evidence or police brutality in any extreme sense,” said Roots. “Our police commissioner (Steven Gretsky) grew up in Chester.”

Roots is engaged to be married to Marceline “Marcy” Andrews. He is the father of five grown children, ages 26 to 36 and the grandfather of five.