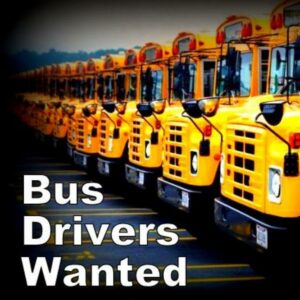 America’s bus driver shortage continues and crackdowns on masks and vaccine mandates are making it worse, some educators fear. In the Northeast, nearly 8 in 10 bus drivers have been forced to alter their routes. A similar number believe the shortages will only get worse.

“Chester’s unique,” Marquis said, “in that there’s not a lot of industry here. There’s no Shoprite. There’s no Acme in Chester. So, it’s a poor area and I seem to get people walking in my door looking for work. But there are school districts that are 12 to 15 drivers short.

“COVID made it worse in that we couldn’t train during that year,” Marquis added. “Normally, what we do is we constantly run training and constantly have drivers in the mix that are being trained, and then we really beef up with that in the summer when we’re down. We couldn’t do that with COVID. So, we lost a year of training which made it worse. And then we were competing with unemployment. My drivers were making more on unemployment than they were driving because they were getting that extra $300 a week.”

According to the American School Bus Council, school buses transport more than 25 million children to and from school every year, traveling approximately 5.7 billion miles annually on more than 480,000 buses.

In a 2021 survey by the National Association for Pupil Transportation (NAPT), 79 percent of drivers from the Northeast had to alter their bus routes due to COVID.

And, Marquis said, it’s more than just the virus that’s causing the shortage.

“It’s a swinging door with drivers because you have to do the background checks, the FBI checks, the drug checks, and then trying to get a bus driver’s license could take two to three months because there are four endorsements and there are classes they have to go to,” he said,  “And a lot of the companies don’t offer benefits. A lot of the school districts have outsourced or subcontracted their work to save their funds and now the drivers from the contractors, they don’t have pensions, they don’t have vacation time. They get paid more an hour but they don’t get the benefits.”

Nationally, 50 percent of respondents to the survey by the NAPT stated salary was the most significant issue to secure new drivers. In addition, 45 percent noted the difficulty of getting a CDL was the main factor. In comparison, 38 percent stated the availability of benefits was the leading cause, and another 38 percent mentioned the number of hours was the problem.

“COVID didn’t help but the industry has been getting worse for a lot of reasons,” Marquis added. “Like, a lot of the drivers that were attracted to driving a school bus were retired police officers and government workers that had a pension. So, it was a part-time job for them.”

“Government agencies aren’t offering the pensions that they offered before. They’re in savings plans now or TSPs. The retirement age isn’t 55 now, it’s 65, so now you’ve lost out on 10 years of getting a retired guy to drive for you. It’s a lot. It’s the training that’s involved. It’s not one thing in particular,” he said.

To get a school bus license, a driver must complete 14 hours of classroom time to obtaining the permit. Applicants also need four endorsements: CDL, air brakes, passenger bus, and school bus. Once a driver has their permit, they need to complete 20 to 30 hours of bus training.

It’s also required for drivers to get a physical every year, a state physical every two years, and get recertified for their license every four years, which Marquis says is overkill.

“They should look at reducing the requirements to get a school bus license,” he suggested.

While Chester-Upland might be doing well with its driver situation, surrounding districts in the Delaware Valley area aren’t. Bristol Township School District in Bucks County is struggling to keep up with at least four of its routes. Pennsbury is trying to hire at least 19 more drivers to fill its shortage.

The Philadelphia School District is also struggling with drivers. They’re offering families a total of $1,500 annually if they drive their kids to school instead of opting for public transportation. Marquis stated that could cause more issues with families possibly cheating the system to get free money.