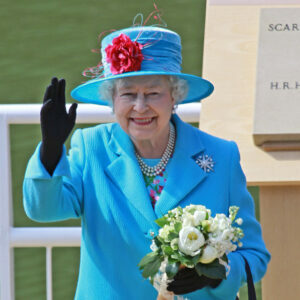 You don’t have to be an anglophile to appreciate Queen Elizabeth II. The longest-serving British monarch passed away Thursday at 96. Queen Elizabeth was known for service to her country, including pitching in during World War II.

She lived to celebrate her platinum jubilee this year, which marked 70 years on the throne, the longest reign of a queen.

Some Delaware Valley residents shared their thoughts about her passing.

“I would like to convey my condolences to the people of the U.K. and the Commonwealth nations at the passing of Queen Elizabeth II,” said state Rep. Tracy Pennycuick (R-Harleysville), who is running for state Senate. “I had the privilege to serve as a foreign liaison officer to the U.K. Ministry of Defense from 2007 to 2010…I enjoyed the ‘special relationship’ the U.S. has with the U.K. and loved seeing the royal family out and about in London. The Queen was inspirational in many ways, but for me, her service as a driver in World War II was simply amazing. To serve your country during war, knowing you will someday be queen, is an example of true selfless service.”

Main Line TV filmmaker Jill Frechie said, “Having spent a semester in England as a third-year college student, I can tell you firsthand that the Brits admired and revered Queen Elizabeth II. She was a tireless leader, outdoing all expectations of what women were capable of achieving, who lived and represented many difficult challenges–war, finances, politics, and the ‘royal’ image. I do not believe anyone can fill her shoes as she is a slice of England that will remain forever etched in its history books as one to praise.”

Wayne resident Susan J. Gerrity, national president of the Daughters of the British Empire (DBE), grew up in Manchester, U.K., and immigrated to the U.S. in the 1970s.

“Our British and Commonwealth of Nations Organizations are devastated,” said Gerrity.  “Though she looked frail in the past few weeks, she summoned enough strength to swear in the new British Prime Minister, Liz Truss. In June, the month of her Platinum Jubilee, the Queen had renewed her vows to serve the country as long as she lived, and she did. Her death has taken us by surprise.

“She died peacefully surrounded by her family at her favorite residence, Balmoral Castle in Scotland; the Queen loved the fresh air, horses, dogs, the hills, and heather.

“Queen Elizabeth was a presence in our lives for 70 years; most of us have never known another monarch. Not only are the British sad, all of the Commonwealth of Nations citizens, who comprise 30 percent of the world’s population, will mourn her. Many of us met the Queen on several occasions. She traveled widely and was readily accessible.

“All of England is mourning her death whenever possible and will be glued to their television watching plans for her funeral unfold and then a coronation for the new King Charles,” said Gerrity.

“I am so sad,” said Huntingdon Valley resident Anita Panton Sayers. “I am truly going to miss our beloved Queen Elizabeth II. (She was) always sporting her matching outfits, with a hat and purse. She was a constant in our family lives while living in England, Malaysia, and the U.S. She was a cornerstone to many over her reign of seven decades.”

The Bucks County Republican Committee said it “joins the world in mourning the loss of Queen Elizabeth II. We express our condolences to the Royal Family and the British people.

“The Queen has been a role model around the world and served her nation loyally. As Americans, we are grateful to her for her many years of friendship with the United States and the special relationship between our countries.