DelVal Republicans Hope to Catch the ‘Red Wave’ in 2022

Philadelphia GOP Chair Martina White’s party may be outnumbered seven to one in the City of Brotherly Love, but she says that won’t stop the red wave that’s coming in 2022.

“There will be a Red Wave in 2022 because people are so fed up with the lawless (DA Larry) Krasner Democrats and the incompetent Biden Administration,” White told Delaware Valley Journal. “All across the U.S in Democrat-run cities, crime of every type is surging. People can’t afford basic goods – if they can even find them – because of rampant inflation. Kids are facing mental health issues because of lockdowns unsupported by science, and being failed by schools that don’t work for them. 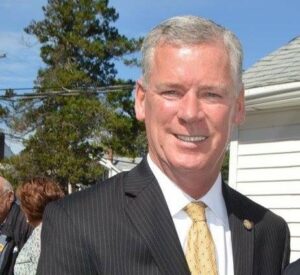 “The Democrats’ solutions are more lockdowns, more shutdowns, heroin injection sites in neighborhoods, defunding the police, letting more criminals free and doing what they’ve always done. People are fed up and it will be felt in November 2022 across the nation and here in Philadelphia.”

White, who also serves as a state rep, is one of the Delaware Valley Republican leaders recruiting candidates for what many election analysts on both sides of the aisle will be a good year for the GOP.

“We are looking for regular citizens from all walks of life — small business-people, tradesmen and women, former law enforcement officers, active and concerned parents — who are willing to step up, offer a different view, and make a change in this heavily Democratic city,” White said. “Every voter matters when you’re talking about statewide offices, and the GOP can gain many more votes in Philadelphia thanks to the work we’re doing at the Philly GOP. For local office, we have our eye on a number of flippable seats where discontent with the radical Krasner Democrats and their failure to protect our families is boiling over. ”

In Montgomery County, Republican Party Chairwoman Elizabeth Preate Havey is also seeking candidates, but delays with the new redistricting map, which happens every decade after the U.S. Census, have slowed this down. 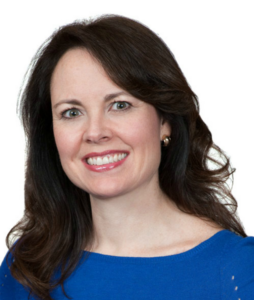 “While we have already heard from a number of excellent potential candidates and have been recruiting aggressively, we remain very concerned about the State House map in Montco,” said Havey. “It divided some municipalities like Horsham breaking apart communities of interest for no discernible reason other than to make the seat more favorable to the Democrats.”

Delaware County GOP Chairman Tom McGarrigle agreed that the lack of firm boundaries for various districts is hampering candidates’ decisions but he also pointed to the ongoing pandemic as an issue.

“We will be meeting with potential candidates in the next week or two,” said McGarrigle. “COVID has slowed everyone down. It seems like every other day someone you know has this COVID, so we’re a little behind schedule. And also, because we’re waiting for the final district maps to be drawn, anyone who is thinking about it is waiting to see what the final map is looking like. We’re still gathering names.”

“There are a lot of potential candidates who have expressed interest to me verbally if the seat looks good but nobody really knows what the final (map) is going to look like,” he said. “Everybody’s just at a standstill.”

“We’ve always looked for candidates that were involved in the community,” said McGarrigle. “In years past when times were different for the Republicans, it was usually involved in the system, either a township commissioner or borough councilman who wants to move up. But right now everybody who has those elected positions seems to be happy where they’re at.”

Meanwhile, White noted that there are other ways to help other than running for office.

“There are many ways to participate, ensure fair elections and create change across Philadelphia,” she said. These include being a poll watcher, a committee person, a judge of elections or knocking on doors to hand out information. “People who are interested should go to PhillyGOP.com and check us out on social media to get in touch. This will be a big year!”