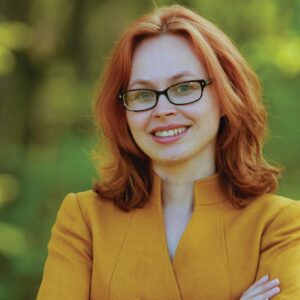 Across the Delaware Valley, Recorder of Deeds offices are reporting surges in their workload, putting 2021 on pace to be a record-setting year. It’s a sign of the strength of the real estate market in the region, and it also means more money for the state, local municipalities, and school districts.

“I am so proud of my team,” Sorg said. “We have been working diligently every day throughout this pandemic and were only closed for two days back in March 2020.”

According to its website, the Recorder of Deeds is “responsible for maintaining the integrity of all land records and documents recorded at the office, and collecting and distributing county and state fees and real estate transfer taxes for the state, townships, boroughs, and school districts of Montgomery County.” That means when realtors and mortgage brokers are busy, so are they. And that means more revenue for local government and less pressure on property taxpayers.

Meanwhile, at the Bucks County office, Recorder of Deeds, Robin Robinson, says it “never stopped collecting fees.” They’ve processed 60,369 documents in the first six months of 2021, which is 62 percent of their 2020 total and 80 percent or more of their annual totals from 2017 through 2019.

Robinson said the office has gone from processing around 250 documents a day to handling anywhere from 500 to 700. “We’re just doing it,” she said. “We’ve been able to get this work done. We’re crushing it.”

Chester County, up until July 26, has already recorded more than 70 percent of documents compared with their 2020 total, and nearly matched their 2019 figure. Delaware County meanwhile is up 60 percent on the number of documents they’ve processed in the first half of the year compared to each of the last two years.

So what’s driving this surge?

“The majority of the increase is due to the record number of re-financings,” Delaware County Recorder of Deeds Bob Auclair said in a statement. It’s why the number of mortgages and mortgage satisfactions in the county recorded this year are expected to be 75 percent greater than in 2020.

Chester County Recorder of Deeds Chris Pielli agreed the re-finance market is what is fueling this increase.

“Interest rates were extremely low, and they have to record that. I think that was a big driver, along with increased home sales,” he said.

“It started with refinancing,” said Robinson. “When the interest rates went down, people were refinancing like no tomorrow, including myself. And then with the pandemic, all of a sudden people wanted to live in the suburbs.”

With all these documents being processed, it means more money is flowing through the Recorder of Deeds offices. That is critical because the “significant increase in transfer tax which is collected on deeds” will be “passed along to the commonwealth, municipalities, and school districts,” says Auclair.

Montgomery County distributed $38 million to local schools and municipalities in the first half of 2021, according to the press release, and $1.3 million in funds to affordable housing programs.

Chester County has already collected 72 percent of what it did last year in fees. Bucks County is on track to collect $120 million in fees, a $20 million increase from last year. Robinson explained the importance of that figure. “We collect fees for affordable housing, the judicial system, schools… Everybody depends on the recorder of deeds.”

But chiefs of Recorder of Deeds offices aren’t so sure this surge is permanent. When asked if it could last, Robinson said, “It probably can’t. My concern is the eviction, sheriff sales…  that stuff is going to start happening soon.”

“What goes up must come down,” said Pielli. “I think we are going to see some decrease. Potential buyers are sitting on the sidelines now because of the price… there will be a correction, eventually.”