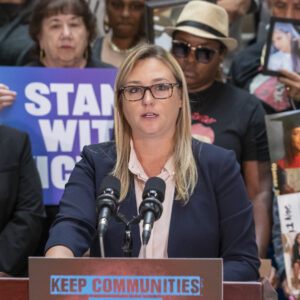 For Philadelphia’s Martina White, filing articles of impeachment against her city’s district attorney is not about Larry Krasner. It is about crime victims.

“Our people have suffered for long enough and his policies have pretty much destroyed our city,” the Republican state representative told DVJournal Wednesday, just hours after announcing the impeachment articles were being filed. And, she said, she saw no reason to wait for the Select Committee process to run its course.

“Earlier this week I took note of a report that was issued by the Select Committee on Restoring Law and Order that described egregious misbehavior and conduct by Larry Krasner’s office and himself,” said White. “So, I just felt compelled to move forward with this. I don’t feel that it’s necessary to wait any longer. Our people have suffered for long enough and his policies have pretty much destroyed our city.” 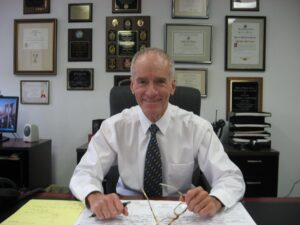 While the investigation is ongoing, “I just feel compelled to move forward because there are instances of repeated disregard of victims on sentencing matters, such as in the case of Lisa Hart-Newman, who was left to freeze to death as an infant at the scene of her parents’ murders,” said White.

The district attorney’s office never contacted Newman before going before a judge “to advocate on behalf of her parents’ murderer. The staggering amount of dysfunction that has come to light from untrained staff, from top to bottom being too inexperienced to successfully try cases,” said White.

“They have a lack of institutional knowledge on basic courtroom procedures, and it’s led to disastrous results. I mean, we have high levels of withdrawals, dismissals basically, criminals are walking free.”

“The morale in the Philadelphia Police Department is zero to none,” said Chitwood. “That’s how bad it is, not only because of Krasner in there but because of the lack of support that they themselves receive from the (Kenney) administration.”

Asked whether Philadelphia voters, who are overwhelmingly Democratic, would just elect another progressive ideologue, Chitwood said, “Here is what really, really galls me, when he ran for reelection and won, where were the voters? Why did they vote him in?”

And, says White, it is not just voters and legislators upset by Krasner’s performance. Judges have noticed, too.

Asked what was next, White said it would go to the House Judiciary Committee, then to the full House for a vote. After that the Senate would then have a trial, she said.

“The Speaker, I believe just put on another day (on the House calendar) for us to be able to facilitate running this impeachment article out of the House and get it over to the Senate,” White said.

Krasner had tried to stonewall the committee, she said. But after the House found him to be in contempt he turned over some materials.

Krasner pushed back against the impeachment, accusing the Republican-led House of political grandstanding, since it is shortly before the midterm elections, and also of racism.

“This is specifically regarding public safety and had he not been a bad actor and misbehaving in his duties and responsibilities to the public and to do what’s in the public’s interest, he wouldn’t be going through this,” she said. And as for racism, “I would say it’s a fallacy, it’s a distraction from what is actually happening before our own eyes.

“Black and Brown people are dying on our streets and the district attorney standing there watching it and saying that we don’t have a crisis of crime.”