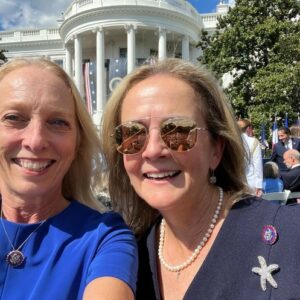 When news broke that the Consumer Price Index hit a higher than expected year-over-year 8.3 percent rate, the stock market tanked. That was not good news for an incumbent president and his party just weeks before the midterm election.

Even worse, the cost of groceries “rose 13.5 percent over the last 12 months, the largest 12-month increase since the period ending March 1979,” according to the Bureau of Labor Statistics. “The indexes for shelter, medical care, household furnishings and operations, new vehicles, motor vehicle insurance, and education were among those that increased over the month.”

Meanwhile, the Penn Wharton Budget Model found the legislation’s impact on inflation would be “statistically indistinguishable from zero.”

So, how are Delaware Valley elected officials and their midterm opponents reacting to the latest inflation news?

“The ‘consensus’ was wrong. Today’s inflation report shows what American families knew to be true: prices are still rising,” Toomey tweeted. “Americans are paying significantly more for essentials than they were one year ago: 13.5 percent more for groceries, 6.2 percent more in rent, 23.8 percent more for energy.”

Republican U.S. Senate candidate Dr. Mehmet Oz said, “Pennsylvanians are getting slammed by higher and higher prices everywhere they turn as the inflation rate continues to tick up. There will be no relief in sight as long as we continue electing tax and spend Democrats like Joe Biden and John Fetterman. My opponent, John Fetterman, would only make this worse by funding radical ideas like the Green New Deal while raising taxes on the middle class.”

Fetterman did not respond to a request for comment about the new inflation report.

His fellow Democrat, Rep. Mary Gay Scanlon (D-Delaware/Philadelphia), attended the White House legislative victory party, tweeting from the scene: “The #InflationReductionAct is a major victory for America’s families and for our planet–advancing the people’s interest over the special interest. Great to mark its historic passage at the White House with my friend @RepDean!”

Scanlon’s GOP opponent David Galluch did not see it that way.

“I grew up with a single mom who sacrificed to make ends meet. The current leadership in D.C. is refusing to provide real solutions at the expense of families like the one I grew up in,” Galluch said.

“While working families continue to be squeezed by inflation, President Biden and Congresswoman Scanlon take a victory lap for passing the ‘Inflation Reduction Act,’ a bill that did not lower inflation or provide ‘immediate relief,'” he added.

Another DelVal Democrat facing a GOP challenger in Congress, Rep. Chrissy Houlahan, has publicly complained about the Biden administration’s poor handling of inflation. She responded to the bad news by taking to Facebook and reminding voters she has her own plan.

“A little while back, I asked Dr. Mark Zandi, Chief Economist at Moody’s Analytics, to join me for a telephone town hall to talk about the root causes of inflation and what we can expect in the coming months,” Houlahan wrote. “We discussed the global shockwave of the pandemic and its lasting impact on our global supply chains. As one of the few members in Congress with a background in supply chain management, I used that experience to create my Inflation Action Plan.”

“Biden and Houlahan created this mess with wasteful spending and forcing us to import energy from our enemies.  I campaign every day to offer hope, to change this—and will work even harder in Congress to use common sense to fix their mess that is crushing our family budgets.”

Houlahan posted this message on Facebook: “Yesterday’s inflation report is a reminder that inflation doesn’t go away overnight, and it also confirms what we have been feeling at home—price relief is not where it needs to be, and that’s making things harder for Pennsylvanians.

The report showed that even though gas and energy prices continue to come down, those cost savings were offset by other sectors including medical care.

Christian Nascimento, the Republican running against Rep. Madeleine Dean (D-Montgomery) said, “If we needed any reminding about the challenges our economy is facing, August’s 8.3 percent CPI increase has confirmed one thing: the Democrats’ policies are not working.

“Whether it is increased taxes, increased spending, increased hiring at the IRS, or the redistribution of student debt, Joe Biden’s policies are harming the economy, and Madeleine Dean and congressional Democrats that vote 100 percent of the time with the president are enabling this damage,” Nascimento said.

A frequent criticism of the inflation legislation is that it is actually a green energy and health care spending plan, not a strategy to cool an overheated economy. Dean appeared to confirm that view.

“Grateful to be with my brother and my son as we celebrate the Inflation Reduction Act at the White House,” she posed on Facebook. “This legislation will make our largest-ever investment in climate action; lower prescription costs, including capping Medicare insulin at $35; ensure the biggest corporations pay their fair share; and reduce our nation’s deficit.

“For our families. For our planet. For our future.”