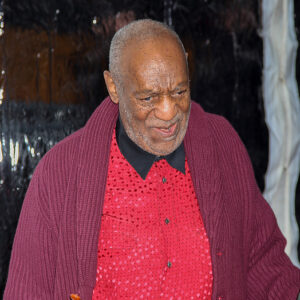 The dust has barely settled on a state Supreme Court decision to overturn the conviction of celebrity comedian Bill Cosby and already Delaware Valley politicians are working to close what some are calling the ‘Bill Cosby loophole’ and make sure a similar case doesn’t happen again.

Two state senators — Republican Lisa Baker (R-Lucerne) and Democrat Steve Santarsiero (D-Bucks) — have reached across the aisle to propose legislation requiring all future non-prosecution agreements to be in writing in order to be enforceable.

The Pennsylvania Supreme Court ruled statements made by Cosby during a deposition in a civil case in 2005 should not have been used in a criminal case brought against him a decade later, freeing the 83-year-old entertainer from prison. Former Montgomery County District Attorney Bruce L. Castor Jr. decided the 2005 sexual assault case against Cosby was not winnable.

Kevin Steele, the current D.A., saw things differently and tried Cosby twice, ultimately winning a jury conviction of aggravated indecent assault for allegations that stem from a 2004 incident where a then-Temple University employee, Andrea Constand, who went to Cosby’s Elkins Park house, said he drugged and had sexual relations with her.

Castor’s decision denied Cosby the ability to invoke his Fifth Amendment protections rather than be deposed in a civil case brought by Constand. He eventually paid Constand $3.4 million to settle the case.

“The recent Supreme Court decision in Commonwealth v. Cosby highlighted a need for clearer rules regarding the prosecution of crimes,” Santarsiero said. “Requiring that non-prosecution agreements must be in writing will protect the due process rights of the accused, while helping to ensure that victims have access to justice.”

Baker said, “The oral agreement may be legal for the moment, but it is indefensible given what we have learned about the prevalence of sexual abuse and harassment throughout our society. The system is slanted too heavily toward perpetrators, discouraging reporting and denying a true chance of justice for those with the fortitude to bring charges.”

“This oral agreement turned into a horrible miscarriage of justice. We must act to prevent a repetition,” Baker and Santarsiero added in a joint statement.

Asked to comment about the proposed bill, Castor told Delaware Valley Journal, “Remember that I made a written decision not to prosecute Cosby knowing that would prevent him from exercising his Fifth Amendment privilege in any subsequent civil proceeding. That written decision worked exactly as I intended it would, and nobody said anything about it for over 10 years.

“If the General Assembly wants to require criminal defendants to confirm such prosecutorial decisions in writing for those decisions to be presumptively binding on future prosecutors, I don’t see anything wrong with that,” Castor said. “But let’s not lose sight of the fact that if Cosby had wanted further evidence that he was not going to be prosecuted beyond my written and signed press release that was up to him and his lawyers, not to me as the district attorney to provide. If Cosby thought a subsequent prosecutor could bring charges, he should have kept his mouth shut. Obviously, he did not think that because he blabbed and helped the civil plaintiff in the process.”

The senators serve as the Republican and Democratic chairs, respectively, of the Senate Judiciary Committee, which has jurisdiction in this matter.