U.S. Rep. Madeleine Dean says the ‘Build Back Better’ spending plan she voted for Friday is “paid-for legislation [that] will reduce the deficit, ease inflation, and transform the lives of millions of Pennsylvanians.”

U.S. Rep. Chrissy Houlahan says the bill “is fiscally disciplined” and claims a Congressional Budget Office analysis found it will reduce the deficit.

But nearly every economic review of the legislation, including the CBO analysis they both claim to rely on, says the bill will add billions in new debt. And the nonpartisan Committee for a Responsible Federal Budget (CRFB) projects the actual cost of the bill is closer to $5 trillion.

That is just one aspect of the budget reconciliation bill passed on a straight partisan vote (Maine’s Rep. Jared Golden was the only Democratic “no” vote) that has received little attention from the media. Democrats say the Child Tax Credit monthly checks, increased healthcare subsidies, and taxpayer-funded pre-K for all will be popular with voters. And they may be right. But there are other details almost certain to appear in campaign ads next year:

ADDING TO THE DEBT

Democrats in the Delaware Valley’s congressional delegation touted their votes when the House bill passed last week, even as the Congressional Budget Office released a report indicating the $1.75 trillion social spending bill could increase the deficit between $160 and $360 billion over ten years, despite Biden administration promises the spending will be covered by increased taxes.

And the CRFB points out the Democrats’ plan includes ten years of revenue but only includes spending on some of the largest items for five years — or even one. For example, the Child Tax Credit sending monthly checks to couples earning up to $150,000 costs $130 billion. But Democrats only include it in their 10-year plan for just one year. Assuming the checks don’t stop in 2024 — an election year– and instead last for the entire 1o years, the actual cost is an additional $1 trillion. None of which is paid for in the current plan.

Under the Trump administration, recipients of the monthly Child Tax Credit checks ($300 per child under age six and $250 for each child ages six to 17) had to have Social Security numbers. Under the Build Back Better bill backed by DelVal Democrats, that requirement is gone, allowing many more people in the U.S. illegally to collect the taxpayer-funded benefit.

The bill also includes a 10-year “amnesty-lite” program in the form of work permits, Social Security numbers, eligibility for welfare benefits, and the ability to get a driver’s license for some 4 or 6 million illegal immigrants. The Washington Post calls it “the largest mass-legalization program for undocumented immigrants in U.S. history.”

TAX CUTS FOR THE WEALTHY 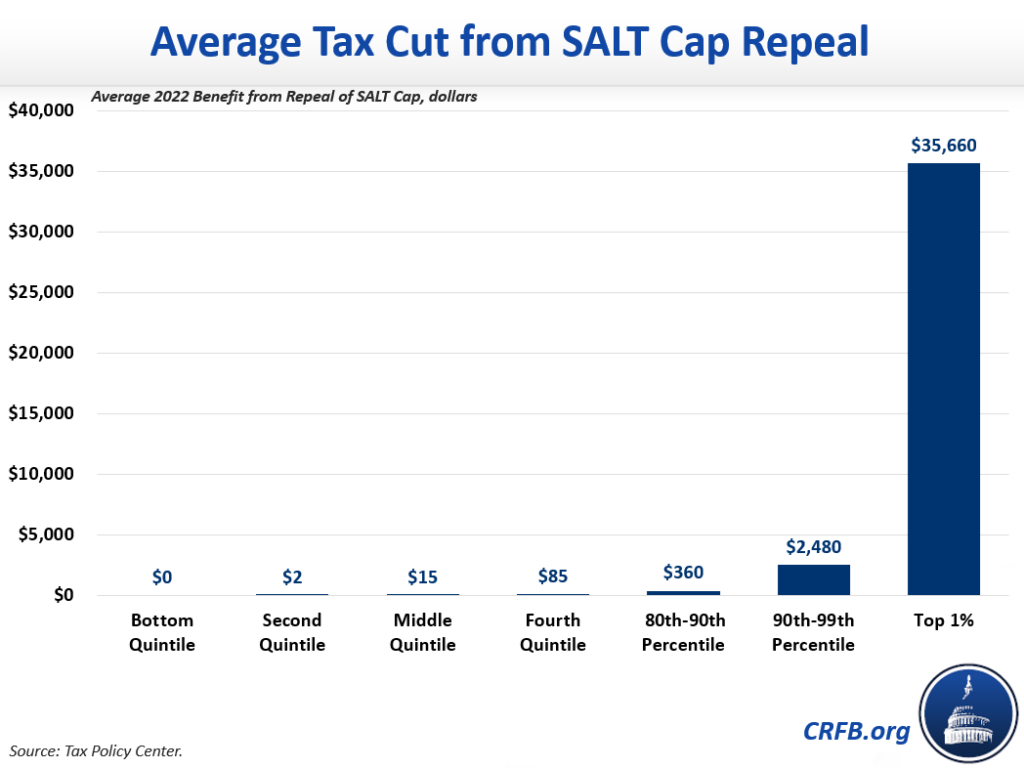 Lifting the SALT deduction cap helps subsidize the costs of high local taxes in places like Massachusetts, New York and California. In Pennsylvania, 91 percent of people take the standard deduction, so only 9 percent of Pennsylvanians could possibly benefit from raising the SALT cap, and those who do benefit from it are almost always in the highest tax brackets.

MASSIVE INCREASE IN THE SIZE OF THE IRS

Democrats voted to add $88 billion of new funding for the IRS, including $45 billion dedicated to enforcement and $4 billion to administer green energy initiatives. The biggest expense will be some 80,000 new IRS agents to conduct audits. The revenue target set by the legislation is $400 billion in additional tax collections over ten years. Given that high-income earners tend to have tax attorneys handling their finances, many observers believe this $40 billion a year will come from small business owners and upper-middle-class individuals.

Democrats dismiss this data, arguing the benefits of the bill outweigh any problems.

“For too long, too many hardworking families in Chester and Berks counties have been struggling to stay afloat – and the pandemic further exposed the systemic issues that are shrinking the middle class. But today, we took action to make our economy work for everyone,” Houlahan said.