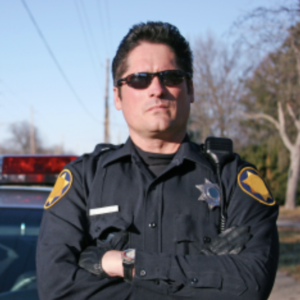 A miscreant hocking a loogie at a police officer could find himself behind bars if a bill recently approved by the Pennsylvania House becomes law.

The bill that would make it a crime to spit on police officers, similar to a law already in effect to protect corrections officers, passed the Pennsylvania House by a 146-56 vote this week.

House Bill 103 was sponsored by Rep. Lou Schmitt (R-79) and would make it a criminal offense for an officer to be assaulted with bodily fluids, such as spit. It would also provide a stricter penalty for people who have an infectious disease and are convicted of assaulting an officer with bodily fluids.

“A number of police officers have told me about being spit on by people they were arresting who used their bodily fluids to assault them,” Schmitt said in a press release. “These assaults have the potential to spread dangerous viruses to the men and women of law enforcement who are serving to protect the public.”

“Coronavirus has ushered in a terrifying new era of biological danger. Sadly, being assaulted with bodily fluids — especially spit — is nothing new for police officers. But to weaponize bodily fluids and threaten to spread a deadly, mutating virus is a threat that must be met head-on by the criminal justice system. There must be a consequence, and that consequence should be prison,” Schmitt said.

Violations would be first-degree misdemeanors and carry a penalty of up to five years in prison and up to a $10,000 fine. But if the assailant knew or had reason to know he has an infectious disease, potential penalties increase to seven years and up to a $15,000 fine.

In January, a Luzerne woman was charged with spitting in a police officer’s eyes in an attempt to infect him with hepatitis B.

While the bill, which must still clear the Senate, sounds like it might be a no-brainer, the Delaware Valley delegation was split on the spitting issue.

Rep. Mike Zabel (D-163) said he voted for the bill in the past. But after talking with some of his colleagues, including Philadelphia Democrat Brian Sims, Zabel flipped his vote this time because of some language regarding people with HIV and AIDs that he believes is “stigmatizing and unfair.”

Sims is running to be the Democratic nominee for Lieutenant Governor in 2022.

Zabel added that he believes the problematic portion of the bill will be removed by the Senate. When the amended bill comes back to the House for another vote, Zabel said that he plans to vote for it.

“As a former prosecutor, I appreciate the need to protect police officers,” Zabel said.

On the House floor, Sims argued that the bill lacked supporting medical evidence on AIDS/HIV and would give “unprecedented discretion to law enforcement.”  It is not transmitted through saliva, said Sims, who did not return a call asking for comment.

“This bill is patently devoid of science,” said Sims. “It clearly ignores settled medicine, and it criminalizes people for their health status.”

Rep. Danielle Friel-Otten (D-155) also voted against criminalizing spitting on police officers. The normally outspoken progressive declined to respond to requests for comment on her vote.

“I voted in favor of this bill, though I did so reluctantly,” said Rep. Napoleon Nelson (D-154). “I have had very strong relationships with our police chiefs and officers. I support those men and women and their efforts to keep us all safe. We all know that we still have a lot of work to do to ensure that safety and justice are both dispatched and realized by all in our community, no matter your color, ethnicity, or orientation.

“We must take those steps together, and this bill will be one step forward in that effort. However, I am adamantly opposed to the House Republicans’ ignorant and willful disregard of decency after they added language exacerbating our community’s negative stigma of residents with HIV and AIDS to this bill. I pray that our colleagues in the Senate will fight to remove this hateful language from the bill.”