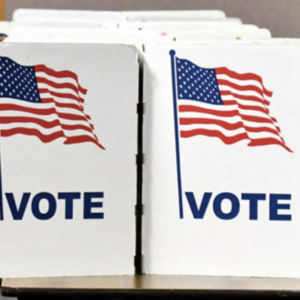 DelVal Counties Gear Up for 2022 Primary on May 17

Voters head back to the polls for the May 17 primary in what is shaping up to possibly be a historic election season in Pennsylvania.

Only registered Democrats and Republicans can vote in the upcoming election as the Keystone State remains one of nine states with closed primaries.

Pennsylvania’s redistricting process caused some delays in mailing out ballots, election officials said. Local counties sent tens of thousands of mail-in ballots, but requests in some areas were down from previous elections.

The mail-in option, popular during the COVID-19 pandemic, is still available to voters in the primary, as the state Supreme Court mulls over whether to keep intact Act 77 following a lower-court decision overturning the controversial law.

This time, election officials are bracing for an influx of in-person voting as the public health crisis wanes.

“In 2020, you had the perfect storm of new voting equipment, new options for voters, and the pandemic. And people wanting to vote at a distance,” said James Allen, director of election operations for Delaware County. “It was pre-vaccine. It was at a time when nationwide we were experiencing horrific levels of deaths and hospitalizations. Now we’re past that.”

The gubernatorial race has been bruising for the GOP, with nine contenders in a crowded field vying for the party’s nomination ahead of a fall race that is expected to shatter state campaign spending records.

With nearly $18 million in his campaign war chest Shapiro, in his second term as attorney general, outraised all of his GOP opponents combined. Shapiro is no stranger to politics. He is a former state representative and served as chair of the Montgomery County commissioners.

He will have a leg up in the general election as Democrats look to keep control of the executive branch, currently led by the term-limited Gov. Tom Wolf, in a state where the General Assembly has been controlled by Republicans for nearly seven years.

White has infused millions of his own cash into his campaign and is banking on blue-collar appeal to put him over the top.

“We’re expecting a big voter turnout,” said Tom McGarrigle, chairman of the Delaware County Republican Committee. “We have one of our own. He’s our focus of the election.”

With the U.S. Senate evenly split between Democrats and Republicans, both parties are all in to replace outgoing Republican Sen. Pat Toomey, who opted not to seek reelection.

Much attention has been given to Dr. Mehmet Oz, better known by his TV personality Dr. Oz, and Lt. Gov. John Fetterman, one of four Democrats running for the seat.

The Democratic field includes U.S. Rep. Connor Lamb and Alex Khalil, a Jenkintown Borough councilwoman known for activism in Montgomery County but considered a longshot in the race.

Meanwhile, frontrunner Fetterman has been hammered by opponents over an incident in 2013, when he was mayor of majority-Black Braddock Borough, where he detained a Black jogger at shotgun-point after hearing what he thought was gunfire in the area.

Opponent state Rep. Malcolm Kenyatta accused the popular lieutenant governor of acting like “f–ing Batman” and called on him to apologize to the jogger, Christopher Miyares.

Democrats worry Fetterman’s refusal to own up to the mistake could depress the Black vote in urban areas and leave him vulnerable to attacks from Oz, who hopes to capitalize on an endorsement from former President Donald Trump.

“Democrats understand that control of the federal Congress is paramount,” said Joe Foster, chairman of the Montgomery County Democratic Committee. “These are races you can’t take lightly.”

A cardiothoracic surgeon who amassed great personal wealth, Oz has positioned himself as an outsider since announcing his candidacy.

In the lieutenant governor race, state Rep. Austin Davis was handpicked by Shapiro as a running mate.

Delaware County Democratic Committee Chairwoman Colleen Guiney called Davis a “man of tremendous integrity and honor” among the slate of Dems running in the primary.

“I will stand by any one of our candidates,” she said. “There will always be questions about one little thing here or there. I see what the Republicans have done, I see what Toomey has done, and I  can’t imagine that any Democrat would vote in a way Toomey has voted.”

Chester County expects between six to eight poll workers per precinct. As of April 26, 36,514 people requested mail-in ballots, compared with nearly 87,000 in the 2020 primary and a little more than 38,000 in last year’s primary, election officials said. The county had at least 155,797 registered Democrats compared with 150,933 registered Republicans.

The county has roughly 1,800 poll workers for all of its 426 precincts, said Dori Sawyer director of Montgomery County Office of Voter Services. It is seeking more poll workers in Abington, Cheltenham, Green Lane, Lower Merion, Perkiomen, Plymouth, Skippack, Upper Moreland, and Upper Salford. Those interested in helping must be registered to vote in the county. They can reach out by email at [email protected] or by phone at 610-278-3280. The county processed about 70,000 mail-in ballots applications.

The county has 298,266 registered Democrats and 204,195 registered Republicans. Those not registered with a party have until May 2 to change affiliations so they can vote in the primary.

The county has staffed about 1,600 poll workers but is looking for additional help in Bristol Township, Falls Township, Middletown Township, and Warminster Township. More than 52,000 voters requested mail-in ballots, compared with more than 67,000 last November. The county is split 202,056 Democrats to 194,002 Republicans, with nearly another 80,000 unaffiliated voters who cannot vote in the primary.

Delaware County processed more than 31,000 mail-in ballots for the upcoming primary. It will have 40 secure drop boxes kept under surveillance throughout the day. The county had 202,337 registered Democrats compared with 150,539 Republicans. Republican state Rep. candidate Robert Jordan, running in the 165th Legislative District, was removed from the ballot by the state Supreme Court, but election officials said his name may still appear on some of the early mail-in ballots. Any votes for him will not be counted.