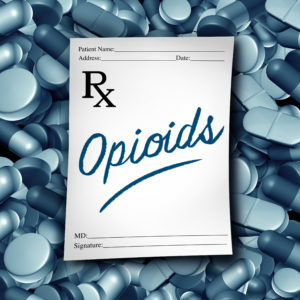 Pennsylvania counties piled on to the national opioid settlement for their cut of more than $1 billion to use to address the opioid epidemic.

Attorney General Josh Shapiro announced last month that 50 counties—roughly 75 percent of Pennsylvania’s counties—had agreed to join the opioid settlement. Payments would be used for treatment for those impacted by opioid addiction.

The lawsuit against Cardinal, McKesson, Amerisource Bergen, and Johnson & Johnson was officially settled in July of last year and settled globally to resolve 4,000 individual lawsuits.

Of the $1 billion owed to Pennsylvania, $232 million is expected to be delivered in 2022. Counties were allowed to join the settlement up to Jan. 2.

Aside from financial help, the court set a series of regulations for those companies as a result of the lawsuit that restrict how opioids are distributed as well as completely banning Johnson & Johnson from selling opioids for the next 10 years.

Between 2017 and 2020, some 16, 897 Pennsylvanians died from drug overdoses, with countless more having their lives impacted due to addiction.

Funding for each county was determined by how badly it had been affected by opioid addiction. While Philadelphia has rejected the settlement as being too little, other Delaware Valley counties are on board. Philadelphia District Attorney Larry Krasner rejected the $5 million to $8 million per year over 18 years ($90-$144 million in total).

Chester County announced in a press release on Dec. 16 it will receive $15.5 million from the settlement. It currently plans on using the funds for increasing Chester’s support of prevention efforts.

“Two major initiatives to emerge from the task force’s efforts are the County’s COPE program,” Said Chester County spokesperson Rebecca Brian.” A 24/7 warm handoff program that helps individuals who have suffered an overdose transition from the emergency room to treatment; and the Chester County Color 5K, an annual event which has helped to raise awareness of the crisis and more than $185,000 over six years to help fund the COPE program. The event also serves to reduce the stigma of being associated with substance use disorder.”

The first installment of the funds is expected to Chester County sometime later in 2022.

Montgomery County spokeswoman Kelly Cofrancisco said the county should receive $35,108,680 from the settlement on the stipulation that every other eligible county applies for funding. Montgomery County expects not every county to apply for the funding, and instead expects to receive less money. It will not know the actual amount until later this year.

County officials have not yet determined what they will use the money for, she said.

Bucks County also said it was too early to predict how much money it would be receiving and how it would eventually use it.

Delaware County spokeswoman Adrienne  Marofsky said, “There are still some undetermined factors which will impact the number, but the payment is estimated at $45-50 million, over 18 years. Once we are given a final amount and details of the timeline, we will work to develop a plan on how to best utilize the money for opioid prevention and treatment for residents.”

Exhibit E of the settlement papers outlines acceptable uses of the opioid case remediation. The state breaks down the uses by priority with two sections; Schedule A or “Core Strategies” and Schedule B or “Approved Uses.”

Core strategies are those which the state would like counties to prioritize and includes tactics like expanding Naloxone training and distribution, medication-assisted treatments, and treatments for pregnant women and infants with neonatal abstinence syndrome.

Approved use includes a much broader load of acceptable uses, which are broken down into treatment, prevention, and “other strategies.”

“Other strategies” include overall education of community members and first responders, community-wide support for leadership, planning, and coordination, and research into several facets of society that either contribute to or are affected by the opioid epidemic.

“When the county filed its lawsuit in May 2018, we sought two things: to keep these and other similar companies from engaging in the acts and practices that led to the opioid crisis, and to be able to provide additional resources to the communities and families in our county who have been most impacted by their actions,” said Allegheny County Executive Rich Fitzgerald. “The settlement agreement reached by Attorney General Shapiro and several other states provides for significant industry changes and up to $1 billion that Pennsylvania is set to receive. We want our residents to benefit from that agreement and have resources available to them now and intend to sign on.”

Daniel Larlham is a University of Delaware senior majoring in English and communications and minoring in political science. Daniel enjoys writing about the arts and non-profit organizing. He wrote this article for the Delaware Valley Journal.