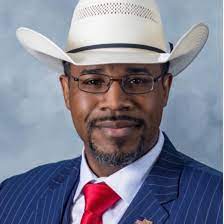 “We greatly appreciate Josh’s service to our county and his passion for improving government. We wish him the best,” said McGarrigle.

This development comes after weeks of internet rumors about an alleged arrest in Brown’s past.

Brown told Delaware Valley Journal that while the internet stories about him were untrue, he was in fact arrested on charges of sexual assault in 2005.

According to Brown, he was falsely accused by a fellow Rutgers student. A grand jury declined to indict him because he had a work-related alibi. Brown says was a member of an ambulance crew in Piscataway, N.J. and he was stopped on a highway to render aid to a motorist at the same time that the woman claimed that he assaulted her.

Brown is the founder and CEO of Icarus Aerospace, Inc. a company that teaches law enforcement agencies to use unmanned aircraft.

Brown said he made the decision to leave the race to protect his family.

“The hatred and vitriol of politics, I’m not for that,” Brown said.

Brown was facing an uphill fight against incumbent Democrat Sheriff Jerry Sanders in a county where Republican candidates have struggled of late. Sanders, elected in 2018, is the first African-American and the first Democrat elected sheriff since 1934.

McGarrigle said the Delaware County Republican Party will begin the process of interviewing potential candidates to take Brown’s place on the ballot. The party has until mid-August to put forward a new candidate for the November 2 election. McGarrigle encouraged individuals who are interested in running for sheriff to email their resumes to [email protected]. Individuals interested should submit their resume no later than July 15.