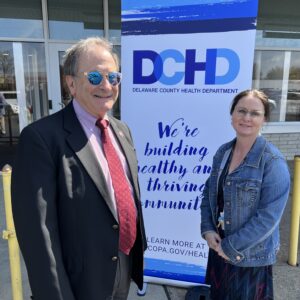 County and local officials were on hand for an open house Friday at the newly-renovated Delaware County Wellness Center in Yeadon. It now serves as the main location for the new Delaware County Health Department.

Prior to this, Delaware County with 576,830 people was the largest county not to have its own health department in the state. During the COVID pandemic, it relied on neighboring Chester County to help with testing and vaccinations.

The new department is expected to cost some $10 million in its first year, with continuing costs of $8 to $10 million annually. While much of the expense will come from state and federal grants, county taxpayers will pick up about 30 percent of the tab. The county also signed a five-year lease on the 11,235-square-foot site, paying more than the requested rent. Over the course of the lease, the county will pay some $250,000 more than what the real estate company had sought. 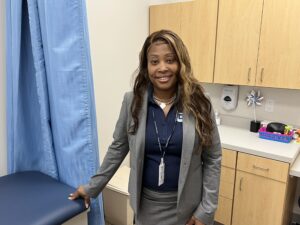 The open house event coincided with a judge’s order to stop county health department inspections in various towns and boroughs that had sued the county, which the Delaware Valley Journal reported on exclusively.

Those municipalities–Springfield, Ridley, Upper Chichester, Aston, Tinicum, Darby Township, and Marple–contend that the health department would not be open and functioning by Jan. 1, 2022 and that those towns need certainty in planning their budgets.

“Municipalities have a fiduciary responsibility to taxpayers to efficiently manage their budgets and how they spend tax dollars,” said James Byrne, an attorney representing Springfield, Ridley, and Aston townships. In some towns, switching from local to county health inspections will drive the costs up 500 percent.

Melissa Lyon, the health department director, called the ruling “unfortunate,” but said county health inspectors will continue going out to communities that are not part of the lawsuit.

The county issued this statement, “Yesterday, Judge Angelos issued a preliminary injunction against the County conducting environmental health inspections or licensing certain types of activities (including food establishments) in the seven townships which brought suit, pending a final hearing on May 25.

“While this is unfortunate, the Health Department will continue to fully serve all other portions of the county and respond to specific inquiries from residents of all townships. The county looks forward to the completion of the legal hearing and the judge’s ruling on the merits.”

Marie Carbonara, director of environmental health, called her department “a resource” for the municipalities and various businesses that are required to be inspected.

“I’m so proud of my team,” said Carbonara, who had previously served as health officer for Radnor. The Delaware Valley Journal reported on one health inspector who was a former researcher at the Drexel University’s Urban Sexuality Lab.

Meanwhile, inside the renovated Wellness Center, there are specialized pediatric and bariatric examination rooms and an exam room for tuberculosis patients with negative air pressure, said Stephanie Reese, a nurse, and personal health administrator. 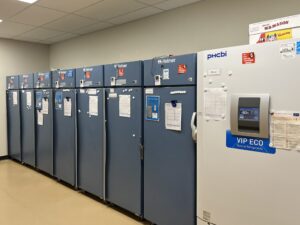 Another room is filled with large refrigerators and a freezer to hold the health department’s stock of vaccines. There is a multimedia room that serves as a training center and a backup to the county 911 Center in Media, said Patrick Farley, a public health nurse.

“Since April 2, we have responded to 400 cases of communicable diseases,” said Reese. They have also been vaccinating people, including children from Ukraine and other children who need to catch up on their vaccinations to enter public schools.

The site also includes a pharmacy area where medicines will be dispensed to patients at no charge, said, Reese, and another room for blood draws.

“We’re super excited about the work,” she said. “It’s a collective effort to get these tasks accomplished.”

Vaccine clinics are still operating out of Chester County, but they hope to be in both counties by the first week of May.

“We’re integrating our COVID effort into the clinics, as well,” Reese said.