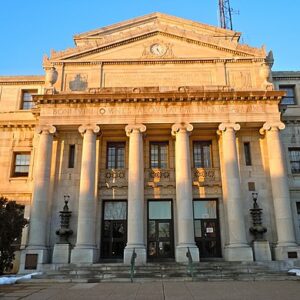 Delaware County voters will have an interesting question to answer this year: Should the county Council stay all-Democrat or should they add two Republicans as a check on the majority’s power?

Democrats swept the Council in a historic election in 2019, wresting it from Republican control for the first time since the Civil War. But those results might have been more of a repudiation of former President Trump than a judgment of local Republicans, according to Jeff Jubelirer, vice president of Bellevue Communications Group, and a local pundit. He cited former acting District Attorney Kat Copeland, a nonpartisan and by all accounts stellar district attorney, who lost to D.A. Jack Stollsteimer.

“She had Republican by her name, which hurt her. They were voting against her because of not liking Trump,” Jubelirer said. “There’s certainly an opportunity to be competitive, but the (demographic) trends are not good for Republicans,” Jubelirer added. While “all politics is local to a point,” in the Trump era people have become more partisan, voting on party labels. “Yes, the voter registration numbers have shifted, but the enthusiasm of Democrats is also high. I still think these will be competitive races. But people, for the most part, vote along party lines unless you give them a good reason to switch.”

Delco GOP Chairman Thomas McGarrigle hopes to give them plenty of reasons for vote for Republicans this year, arguing that watchdogs are needed in county government. He offered a litany of complaints about how Democrats are running the county in, what he claimed, was a singularly opaque manner that required filing Right-to-Know requests to get basic information.

“They are the most untransparent individuals I’ve ever dealt with in my life,” said McGarrigle.

The Democrat-controlled Council has been making “decisions that are very costly to the taxpayers,” he said, along with adding “countless jobs” that pay more than $100,000 a year, he said. And they are paying more for lawyers, citing the $70,000 to $90,000 the previous Board of Elections attorney was paid to the “close to $1 million” the new firm bills. Similarly, the Board of Assessments attorney was also paid $70,000 a year, while the new law firm bills “at least a half-million,” said Garrett.

The council also moved the Election Bureau to the City of Chester, which is remote from the rest of the county and is renting a building in Yeadon for the new health department, which is also a hike.

“It might as well be in Philadelphia,” McGarrigle said. While he agrees rents in Media are high, alternatives like Upper Darby or Clifton Heights would be closer for most residents, he said.

Meanwhile, during the 2020 election, an elected official was in the Bureau of Elections “directing people what to do.” While McGarrigle does not accuse anyone of wrongdoing, there is an appearance of impropriety.

“Elected officials should not be in there while they are doing the work,” he said. And while the county was shut down for COVID-19 and 400 employees were furloughed, Councilwoman Monica Taylor bought $8,000 in new office furniture, he said.

Also, instead of using the county personnel manager to hire employees, the council is using an agency and paying more per employee. He also contended the acting director of purchasing, who previously ran the mailroom, is not qualified for “a very complex job” that had been performed before by lawyers who could oversee complex county contracts.

“It certainly did not come to the communities,” McGarrigle said. “We need someone to watch over them. Nobody is watching what’s going on.”

For her part, Delco Democrat Colleen Guiney said the Democrats have had their hands full cleaning things up after years of Republican rule and dealing with the COVID-19 crisis with no health department, although they are in the process of forming one. In the meantime, Delco collaborated with Chester County to get its vaccine program up and running, she said.

Guiney said they are fielding good candidates. Incumbent Kevin Madden has served just over three years, with the first two in the minority.
“I think he’s done a tremendous amount,” she said, accusing the Republicans of running “a secretive government” when they were in charge.

“Now (the Democrats) are in the majority, they’ve taken over an organization that really needed a lot of help,” said Guiney. “I think they’ve done a tremendous job to advocate for residents of Delaware County.” Council has increased transparency and “served the needs of the residents in this difficult time. We want to earn the votes of our voters,” she said.

Joanne Phillips, the controller, has “worked very hard to uncover mismanagement of funds” and to make sure things are “working properly, that things are above board.”

Phillips found $750,000 that “the Bureau of Prisons tucked under the mattresses,” said Guiney.

In addition to Madden, a Haverford resident who is a builder, executive, and investor, newcomer Richard Womack will be on the ballot as an endorsed Democrat running for the seat that Council Chairman Brian Zidek is vacating. Womack is a labor leader who served 12 years on the Darby Township Board of Commissioners.

The Republicans have endorsed Frank Agovino and Joe Lombardo for Council. Agovino, of Springfield, is a small business owner, and founder, and president of DiFabio’s Market and Tap Restaurant. Lombardo is the mayor of Clifton Heights and owns Williams Lombardo Funeral Home and Ever After Pets.