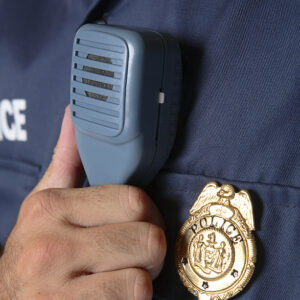 The upgrade by JVC Kenwood and will include an extensive review of various design approaches.

“This is a great purchase by the county council and one of the most important public safety initiatives in Delaware County for the last 50 years,” said Ridley Park Chief of Police, Robert M. Frazier.

The three-year upgrade, which includes purchasing of 3,700 new radios and moving the county’s system to a 700 MHz radio spectrum, will increase the ability of various agencies to work and communicate together. It will be the first significant radio upgrade since the 1970s. The county will deploy new, higher frequency radios that increase reliability and coordination among first responders and expand the coverage area.

In 2019, the county council commissioned a study of the needs of first responders and the capabilities of Delaware County’s current radio system following reports that there had been multiple situations when emergency personnel could not reach the 911 system due to problems related to the use of lower 500 HMZ frequency radios.

The new radios will use new frequencies and updated technology that should reduce interference issues. The radios that relied on older technology sometimes experienced a problem referred to as troposphere propagation, sometimes interfering with the ability of a first responder to communicate with the 911 Center.

“This investment in upgrading our public safety radio system will have an immediate effect and help keep our first responders safe and allow them to work together to protect the public more effectively,” said Delaware County Councilman Kevin Madden. “An integral piece of our commitment to the public’s safety is ensuring that first responders across the county have the tools and resources they need to communicate with each other in real-time to respond effectively to crises and deploy critically needed emergency services effectively.”

The upgrade will increase the capacity of the county’s emergency system and its reliability by moving from a 500 MHz radio spectrum to 700 MHz, purchasing and distributing 3,700 radios to ensure that first responders have access to the capabilities and features of the system. It will also increase the security of the system to prevent hacking. Local officials can also buy new radios at a significantly reduced price under this contract. The improved design does not require building new towers and will use the 20 existing radio transmission towers.

“Council has always been and will remain committed to ensuring that we are careful stewards of taxpayer money, even as we make critical and long-overdue investments in our county and its future,” said Madden. “Council commends the Department of Emergency Services, under the leadership of Director Timothy Boyce and project consultants ACD Telecom and JVC Kenwood for their diligence in improving service and reliability across the county.”

“County Council committed to replacing the current radio system with a technologically advanced and sophisticated system,” said Daly. “County Council and staff worked tirelessly with all system users to qualify and quantify their individual and collective needs, which were incorporated in the comprehensive planning stage.

“In the interim, county communications personnel assigned to maintain the network made equipment upgrades to maintain the existing system,” he said. “Spending 40 million in taxpayers’ money is not an undertaking that is done lightly.  Under the leadership and direction of the county council, all the prerequisites and tedious planning have been completed. As a result, soon, the citizens of Delaware County and all emergency services will be operating under a state-of-the-art communications network that will serve the community for many years to come.”