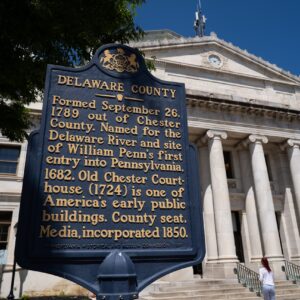 Controller JoAnne Phillips seemed agitated when addressing the council during the public comments portion of the preliminary council meeting Thursday. She used most of her time to discuss the county’s reliance on Monarch Staffing, a temporary labor provider hired during the beginning of the pandemic.

“It’s a big number in 2020,” Phillips said about the outlays to Monarch.

“It was 1.5 million [that] year. We’ve already paid them. When we pay the bills tomorrow night: $2.9 million this year to Monarch with no RFP [competitive bid].”

Phillips repeatedly emphasized that the contract with Monarch was not competitively bid in part because of emergency circumstances. But she says those circumstances don’t apply anymore.

“For the people that ran on transparency with me, I just find it hard to believe that we could go to 2022 on a contract when there’s an opportunity” to get competitive bids from other temporary staffers.

At the subsequent, full council meeting on Friday, Monarch’s contract was shortened by several months to allow for a normal competitive bidding process.

“It appears that going back to 2015 the County used the services of Monarch without a contract,” Councilwoman Christine Reuther said when contacted for comment in response to the remarks from Phillips.

“Monarch is a Delco-based business that has been meeting the County’s need for temporary workers for decades. Our Council assumed there was a contract in place but last November authorized a request for proposals to enlist additional providers and to update contract terms.  I appreciate the work the controller’s office did to confirm the last contract had expired and to make sure it was updated. The RFP will go forward as planned.”

Reuther also explained that expenses to Monarch swelled because of additional work required by the pandemic, as well as the stresses the pandemic placed on the 2020 election.

The council also updated its lease agreement for part of a strip mall in Yeadon, which was acquired as part of the new health department the county is creating. The lease has been extended for an additional five years and the county will acquire more adjacent space in the same building, but at a lower cost.

As Broad + Liberty previously reported, the costs of the original lease by the county started at $16.00 per square foot, and increases by about 33 cents each year thereafter. Those costs are more than 40 percent above the asking price advertised by the landlord.

“I’m glad that we’ve, that council is going to consider an amendment to extend [the lease] because we put [$1.3 million] into the building for construction and architectural services,” Phillips said at the Thursday preliminary meeting.

“That’s on phase one [of renovations], and we’re going to have a phase two, which will be more costs, which may be needed. But when you’re getting a, a rent rate of $16.50, $17.50 [per square foot], I really urge council and [county executive director Howard] Lazarus on: have you had discussions — and [county solicitor Bill] Martin — to have someone in this administration, in the building to be really focused on your real estate to get the true costs of your space? Because council to me never gets an apples-to-apples analysis.”

In the last of her remarks, Phillips pointed out pay disparities between county employees and what was being spent on temporary workers.

“[Monarch is not] giving the people $26 an hour. You’re probably making $13 an hour or $14 an hour,” she continued. “And I know that we provide benefits that are a cost, but even if you double it, we’re not even near our people, should, my people should quit and go work for Monarch. They can maybe make more money probably if they didn’t need the good benefits. And even then, they could probably buy them making $15 an hour. So, I, it’s just, it’s, it’s a very tough look for your workforce.”

Reuther said she appreciated the point Phillips made.

“I agree with her concerns regarding the county pay scale for permanent employees,” Reuther said.  The wage study done at the urging of Council members (Kevin) Madden and (Brian) Zidek confirmed the need to revisit starting pay in particular. Pay scales are currently part of union negotiations for collective bargaining unit members.   Raises have been implemented for unrepresented workers.”