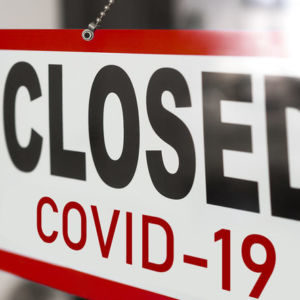 Unemployment data from the state shows the four-county Delaware Valley region is in the top one-third of counties making new unemployment claims, resulting in an unemployment rate worse than the 2008 Great Recession.

Business experts and analysts say the numbers show why a new infusion of relief funding from Congress is imperative.

For example, for the week ending April 11, counties in the Delaware Valley had the following new claims, followed by a measurement of what those claims represent to Pennsylvania’s statewide total:

For the same week, only Allegheny and Philadelphia counties fared worse for statewide claims at 3.5 percent and 5.0 percent, respectively. Lancaster county had been a hot spot for unemployment in late March and Early April,  but has since cooled somewhat.

Congressional Republicans in Washington on Wednesday were predicting they would strike a deal to infuse the Paycheck Protection Program (PPP) loans with billions more in funding, after desperate businesses nationwide quickly snapped up the first round of funding in days.

Senate GOP leadership status update as of noon on this PPP etc. deal-not-deal: @RoyBlunt tells me "we probably get done by 4 o’clock."

The Pennsylvania Department of Labor and Industry emphasized that the county-by-county data is incomplete and is only a gauge that “should not be considered an exact real-time count of individuals/claims.” But the disclaimer also means the unemployment numbers are larger than reported.

One reason the Delaware Valley would lead other counties in percent of statewide claims in early data is because Gov. Tom Wolf staggered stay-at-home orders that began mainly in southeastern counties.

Jeff Hornstein, executive director at the Economy League of Greater Philadelphia, created his own estimate using the base numbers provided by the state. His math shows unemployment in the Delaware Valley and Philadelphia has essentially doubled — “up to nearly 9 percent.”

As many unemployed people and entrepreneurs have been pointing out on social media, concerns are growing that larger corporations will come out of the crisis better positioned than smaller businesses.

“The impact will be long term and potentially catastrophic, since the bulk of the employment base works for small business and these firms are less likely than larger firms to survive this downturn,” Hornstein told Delaware Valley Journal.

Trish McFarland, president of the Delaware County Chamber of Commerce, said her own observations match Hornstein’s concerns about smaller businesses, saying that the only businesses doing well are large retailers and grocers.

Hornstein said the PPP loans were keeping disaster at bay.

“If PPP comes through quickly and at sufficient scale to save enough small businesses from going under, and enhanced unemployment insurance can get into people’s pockets quickly enough to maintain some purchasing power, that could mitigate some of the worst impacts, but this is still very bad news for the local economy, especially [Philadelphia’s], which was really on the rebound after decades of stagnation,” Hornstein said.