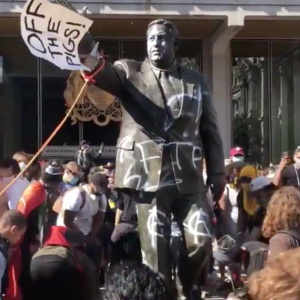 Delaware Valley Rep.: People Should Know That PA Is Under 3 Emergency Declarations

With Gov. Tom Wolf declaring a state of emergency Saturday night over the George Floyd riots and protests rocking  many of Pennsylvania’s cities, one Delaware Valley representative says it’s important for people to remember that the state is already under two other emergency declarations.

Despite those concerns, Barrar is supportive of the latest declaration which provides funds and manpower to Harrisburg, Pittsburgh, and Philadelphia — the cities hardest hit by rioting and looting, where some businesses were burned or completely ransacked.

Barrar is a member of the Pennsylvania Emergency Management Agency Council which voted Monday afternoon to approve Wolf’s declaration on the riots.

To compensate for his support of the latest emergency, however, Barrar feels the COVID emergency should be retired, and has been supporting legislation to that effect — a measure that has passed the House but is waiting to be taken up by the Senate.

As reactions to the weekend of violence continued to pour in, Republican Rep. Martina White from Philadelphia, became indignant when addressing the public and the media at a Monday afternoon news conference, aiming remarks at Philadelphia District Attorney Larry Krasner.

“I am calling on the DA to prosecute these criminals that have wreaked havoc and destruction on our city — something you seem to have forgotten is your job.”


Krasner ran on a criminal justice reform platform that was especially focused on racial disparities in the justice system.

Other elected officials from the Delaware Valley have reacted to the unfolding riots and devastation over the weekend by condemning violence and property crimes while simultaneously expressing an understanding of the pent-up anger over police brutality against blacks in America.

House Democratic Caucus Chairwoman Joanna McClinton tweeted, “The answer to violence is not more violence! We must rise up & come together peacefully to say not only do #Blacklivesmatter but to ensure we are upholding the promise this nation started with to provide #JusticeForAll”

McClinton’s district is mainly based in Philadelphia but also stretches into Delaware County.

“I want to also stress the importance of seeing the humanity of our men and women in blue,” McClinton said in a separate message on her state website. “We can’t let the recklessness of bad actors taint the reputation of all law enforcement. Too many officers were hurt yesterday trying to maintain the peace. Strengthening our police-community relationship is another key part in our fight for justice.”

The Chester County Council released a statement merely alluding to the riots.

“We are proud that protests occurring in Chester County are peaceful and respectful; it’s the Chester County way,” the statement from all three commissioners said.

Rep. Kevin Boyle (R-Montgomery) is among the more outspoken over the weekend’s damage.

Don’t know how stealing all the drugs from CVS in Fox Chase advances the righteous cause of justice for George Floyd & other essential reforms in the US!? Thinking of my constituents (of all races, creeds & colors) reliant on life sustaining drugs they get there. #phillylooting

Hard to believe this is what Philadelphia looks like right now as fires light up the sky…. https://t.co/GaJ57N4gR2