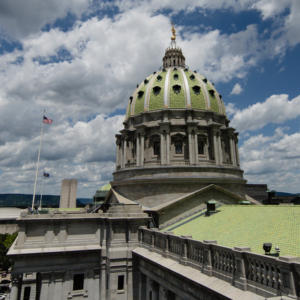 Pennsylvania’s GOP-controlled House of Representatives voted Tuesday to overrule Gov. Tom Wolf’s ongoing closure orders to combat the spread of COVID-19. The virus has infected more than 25,000 people in the state and left at least 600 dead.

The bill passed 107-to-95, largely along party lines. It would replace Gov. Wolf’s stay-at-home orders with current federal guidance which is less restrictive on businesses and public activity.

Of the 43 House members representing the Delaware Valley (Bucks, Chester, Delaware and Montgomery Counties), all but two cast partisan votes: Republicans Todd Stephens and Tom Murt of Montgomery. They joined the 31 Democrats from the region in opposing the bill.

Debate lasted several hours and echoed the ongoing national divide between slowing the spread of the coronavirus and re-opening parts of the economy to prevent further financial devastation.

“If it’s safe for those big box stores to operate that way, maybe it’s safe for some small businesses to open,” said Rep. Stephens, though he still opposed the bill.

The debate often centered around Wolf’s waivers for some businesses, a process Republicans criticized as inconsistent and arbitrary.

“Every business in Pennsylvania needs a clear understanding of what is necessary to once again open its doors,” said Rep. Chris Quinn, a Republican from Delaware County.

“Unfortunately, clarity has been missing from the current system being conducted by Gov Wolf. Waivers are being granted in a random fashion and two like businesses have no idea why one can remain open and the other must shutter its doors. The current system creates confusion, and confusion in crisis is something we must avoid,” Quinn said.

“We need confidence in our institutions,” Democrat Matt Bradford, also of Montgomery County, said in floor debate. “We need bipartisan leadership. We need to recognize that [Wolf is] not your governor or my governor, he’s our governor — and he has an impossible job.”

In a Tuesday conference call with reporters, Wolf signaled his resistance to the bill, but “fell short of saying he would veto it,” according to PA Post.

Republicans also cast Democrats’ arguments about preserving health and life as a simplistic, and false, choice.

“It’s not a political answer here,” Rep. Jack Rader of Monroe said. “I think we have to worry about our health and we have to think about helping businesses, and I think we should do both.”

Many representatives were waging simultaneous debates on the floor of the House and on Twitter, which soon caused the debate to become a trending topic.

While Pennsylvania’s unemployment rate was at 4.7 percent in February, claims began to skyrocket on March 16. New unemployment claims filed since that day now total more than 1.3 million, and the state’s system to take new enrollees has frequently been overwhelmed.

Earlier in the week, Gov. Wolf joined a coalition of northeastern governors to coordinate decisions on how and when to reopen parts of those deeply intertwined economies. Republicans criticized that move as well, accusing Wolf of putting Pennsylvania’s fate in the hands of other states.