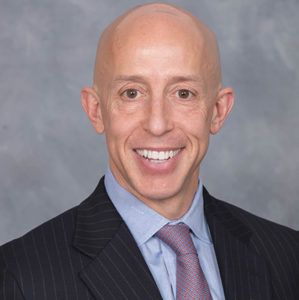 The Delaware County Council recently approved a $95,000 professional services agreement with the law firm Holland & Knight to lobby the federal government on the county’s behalf.

Council President Brian Zidek was the sole vote against the contract, which will cost taxpayers $12,500 a month for seven months, with an option for a six-month renewal with the approval of County Executive Director Howard Lazarus.

Councilwoman Christine Reuther said Holland & Knight is “well-positioned to communicate with both sides of the aisle.” The county is looking for federal support in the areas of social services, criminal justice, mental health, and “being able to deal potentially with environmental issues.”

“So many of council’s initiatives align with policies coming from the federal government,” said Councilwoman Elaine Paul Schaefer, “and look like they will be funded by the federal government.” In addition to the items listed by Reuther, Schaefer said the county is looking to the federal government for funding for the nursing home, transportation, and trails. She believes federal grants will be available but Delaware County will have to compete to get them.

But Zidek sees it differently. “Not to put a downer on it, but I disagree. From my perspective we have somebody advocating on our behalf and that is Congresswoman [Mary Gay] Scanlon and her office. She’s not just a one-man band. She has an entire staff that has been helpful through our tenure on council and her tenure in Congress. She has enabled us to understand what resources are available to us from the federal government and to advocate on our behalf.”

And the county belongs to the National Association of Counties, which also lobbies the federal government for counties, he said.

“In general, it strikes me as unlikely that we will see a return on the expenditure of $12,500 a month for this lobbyist,” said Zidek. “I’m not aware that any of our neighboring counties retain a federal lobbyist…So it feels like we’re a little bit of an outlier here. I don’t think this is a wise expenditure of money…I don’t think it’s a wise use of taxpayer dollars.”

Thomas McGarrigle, the chairman of the Delaware County Republicans and a former council member, blasted the all-Democrat council’s hire, saying federal funds flow through the state to the counties so a lobbyist for the state government might make some sense but a federal lobbyist is unnecessary.

McGarrigle praised Zidek’s stance, saying he “showed somewhat of his business background and he knows it is a waste of money.”

McGarrigle asked what a senior citizen living in Upper Darby on a fixed income would say about paying $12,500 a month to a lobbyist. And he wondered if the council members were “taking care of a friend or contributor” with this move.  He said that he plans to investigate.