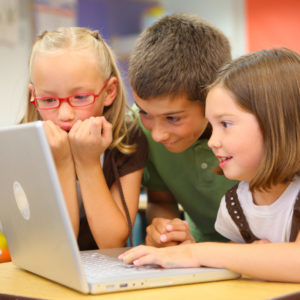 As parents scramble to fill the educational void left when Pennsylvania’s schools were closed due to the coronavirus pandemic, Commonwealth Charter Academy (CCA) seems like a much-needed solution.

An accredited K-12 public cyber charter school, CCA is accepting new students when education options are needed most. Unfortunately, newly passed state legislation means they won’t get funding — at least while traditional schools are closed due to COVID-19.

“For flexible and safe learning, there’s no place like home,” CCA’s website says, a slogan that takes on new meaning as hundreds of thousands of students across the commonwealth are temporarily homebound.

Cyber charter schools specialize in distance learning using online tools and can accept students from anywhere in the state, according to the Pennsylvania Coalition of Public Charter Schools.

Senate Bill 751, signed into law last Friday by Gov. Tom Wolf, freezes tuition payments for a school like CCA regardless of any new enrollees.

“For the time period a charter school, regional charter school or cyber charter school is closed due to the 2020 pandemic,” the bill reads. The schools “shall receive tuition payments based upon the enrollment as of March 13, 2020.”

Because charter schools are public schools, school districts make a tuition payment for each student enrolled. For example, if a student leaves a traditional school for a charter, the district must move the state’s per-pupil payment accordingly. The tuition money follows the student.

Maurice Flurie III, president of CCA, says enrollment patterns at the school have been unusual all year, but have been trending up.

“We’ll get some kids that come in on the semester break in January, and then we see a slowdown. We have not seen a slowdown this year,” Flurie told Delaware Valley Journal.

“Even before the COVID-19 fears ramped up, we were seeing steady enrollment of 20 to 25 kids a day, about a 100 kids a week, throughout all of January and February,” Flurie continued “So what we’re seeing now is what the year has really looked like all of 2020. It hasn’t been a huge spike, it’s just been that steady enrollment.”

All schools including charters are closed by order of the governor, but they are also ordered to execute a “continuity of education” plan. That’s why CCA is essentially still teaching students.

Although Flurie’s school is likely to generate losses right now, he is even-handed in his assessment of the bill’s intent.

“I don’t think the intent of the law was to punish cyber charters, it was more about a protection mechanism for funding for all public schools. But it is a fact that students we enroll after March 13, we’re not going to be reimbursed for.”

Ana Meyers, executive director of the Pennsylvania Coalition of Public Charter Schools, believes there were other motives in play.

“What I can tell you is I have seen documents being circulated by special interest groups — specifically, I can tell you PASA [Pennsylvania Association of School Administrators] had circulated documents to their membership — calling for moratoriums,” on any new enrollments at cyber charters.

Mark DiRocco, executive director for PASA, acknowledges that a document intended for a conference with its membership had a bullet point about suspending cyber charter enrollment, but says it was mainly concerned about large shifts in funding during a crisis.

“Our request for a moratorium resulted from an announcement by a cyber charter school that they were going to open on or about March 18, which we believe was in opposition of the governor’s closure order,” DiRocco said. “We were concerned that increases of cyber charter school enrollments and tuition payments during the period of the closure could be of concern for school districts.

While it’s possible this bill could be helpful to charters if they were to see an exodus of students, Flurie says that is extremely unlikely under the given circumstances.

“If a student wants to change schools, where are they going to go?” he asked.

A broad consensus is forming that life in America may never be the same after the coronavirus shutdowns. For education, an increase in cyber charters may be in the mix.

If so, it could set the stage for more battles between education reformers and teachers’ unions in Pennsylvania.