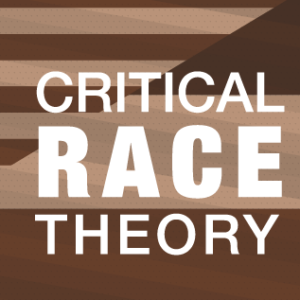 CRT comes out of Critical Theory and is Marxist in its essence. But instead of dividing the population on economic grounds between the proletariat and capitalists, as classical Marxism does,  CRT has been transformed to divide the people along racial lines, into the “oppressors” and the “oppressed.”

According to James Lindsay Ph.D., one of the foremost experts in the field, it’s being taught in most, if not all schools.   There really is no safe harbor on this, Lindsay said.  And it’s not just the public schools–most of the private schools are also teaching a form of this cult-like doctrine.

Equity is not “equality.”  Equity means – equal of outcome.  It does not mean equality of opportunity, as we have always believed as endemic to the American constitutional system of governance.

CRT teaches that because of the immutable characteristic of the color of your skin, you are irredeemable and evil.  That is the definition of racism – but that is what is being taught to our children.

CRT does not value incremental progress.

“Unlike traditional civil rights, which embraces incrementalism and step-by-step progress, critical race theory questions the very foundations of the liberal order . . .  and . . . constitutional law,” a quote from “Critical Race Theory,” by Ricardo Delgado and Jean Stefancic, sums up the heart of CRT.

CRT denies that there can be change in the human heart, and repudiates the concept of working towards an ideal.  It is wrong and unconscionable to believe that all white people, or any other group of people, have a particular disposition of mind.  This is racism (or neo-racism) at its essence, and it is as wrong today, as it was 100 years ago.  It also dispels the concept of forgiveness – and ingrains permanently a victimhood status that can never be atoned.

This is a dire situation.  Without a change in direction, the long term deleterious effects on our constitutional republic could be irreparable.  On a scale of one to 10 – your alarm level should be at 11, that this harmful doctrine is being taught in our schools.

What can you do, to stop the teaching of racial hatred and divisiveness in our schools?  First, reach out to your school administrators.  The superintendent of your school district is at the top – email, call or visit.  But don’t stop there – you can also contact the principal in your kids’ school, and let them know that you don’t want your children being taught to hate others because of the immutable characteristic they were born with.

Attempt to band together with other parents who are concerned about these divisive teachings, and collectively tell the school administration “no,” you will not acquiesce to your children being taught CRT as part of their curriculum.

Another tactic is to find the source.  Attempt to determine who exactly is behind pushing the CRT agenda.  It is often the case, that one or two activists (who are not usually constituents of your jurisdiction) are behind the push to put these doctrines in your schools.  See if you can find out who they are, and stop or block their influence.  If possible, find a litigation lawyer to help you – they may be able to determine how this is being paid for, and you may be able to exercise some influence on the funding mechanism.

It is also very important to go to your local school board meetings, and speak about your concerns during public comment period or discussions of curriculum, etc.  Let your elected school board know that your children must not be taught this hateful philosophy.

Finally, you can also contact your state representatives and senators.  Some 10 to 20 percent of most school district funds come from state sources.  Let them know that you do not support CRT, and demand that they stop state funding for such programs.

Remember, that our elected officials have power only through the consent of “we the people.”  They are accountable to us – not the other way round.