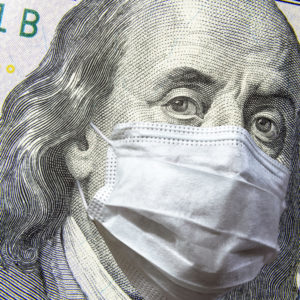 Despite the talk of “equity” in Washington, the COVID-19 spending plan gives significantly more per capita to larger communities than smaller ones.

President Joe Biden’s American Rescue Plan spends $1.9 trillion dollars — about 40 percent of last year’s entire federal budget — so it’s no surprise the money will make a major impact in the Delaware Valley. However, that impact will not be felt equally from town to town.

The $350 billion for state and local governments was a source of contention between Republicans and Democrats, with conservatives dubbing it a ‘blue state bailout’ and liberals saying it would help shore up state budgets burdened by the impact of the pandemic. But members of the Delaware Valley delegation didn’t join the fight.

Democratic Rep. Mary Gay Scanlon said the “funding for state and local governments will help speed up vaccine distribution,” a problem that has plagued DelVal counties. Her GOP colleague Rep. Brian Fitzpatrick, who didn’t vote for the bill, said in a statement while he supported more targeted measures, he wanted to have “funding for our local governments.”

Now that the bill is law, its ramifications are already being felt. Each county is getting $194 per capita in COVID aid. To put that in perspective, Montgomery County’s $161 million in funds, according to the National Association of Counties, is 35 percent of total projected revenues for 2021.

Most municipalities are set to receive about $100 per capita, according to the Pennsylvania State Association of Township Supervisors and National League of Cities. However, municipalities with larger populations are on track to receive far more than their smaller counterparts.

In Bucks County, Bensalem Township will receive $143 per capita, while Bristol Township is getting nearly twice that amount:  $294 per capita.

Upper Darby Township in Delaware County will get $501 per capita, while Lower Merion Township in Montgomery County has $435 per capita coming its way.

These larger sums are due to a provision in the bill that gives urban communities more money, compared to more rural or lower-population-dense communities.

Norristown Borough is set to receive a whopping $627 per capita. In fact, Norristown Council President Derrick Perry says they haven’t figured out how they’re going to spend it. “Complete information hasn’t come in from the government yet, including how it can or must be spent.” Perry says once that information is received the council “will talk and have a deep conversation on what we should do with the money for the community.”

Gerry Hart, president of the Haverford Township Board of Commissioners, said they still haven’t even “received any formal notice of the amount of funds Haverford will receive,” but estimates indicated the township is on track to receive nearly $21 million, or about $427 per capita. Hart also stressed that once the formal notice is received along with guidelines on how to spend it, the board will hold discussions “on the most appropriate use” of the funding.

Director of communications for the Montgomery County Board of Commissioners Kelly Cofransisco said while the guidelines are not released yet, the commissioners “expect it will be similar to programs we developed through the CARES Act,” the $2 trillion package from a year ago.

The uncertainty of what to do with the large sums of money doesn’t matter much for the moment, as the Treasury Department has 60 days to distribute the funds to the states, who then have 30 days to give the money to counties and municipalities.

And no matter what the official guidelines say, counties and municipalities don’t have to use all the money right away. They have until December 31, 2024. The influx of cash the region is about to see can be used for years to come.