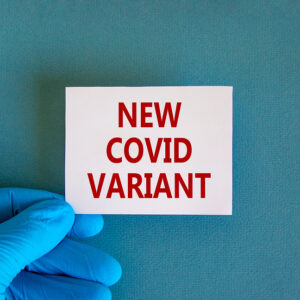 The individual who tested positive for the variant was originally feeling symptoms on Jan. 13 and tested positive for COIVD-19 on Jan. 15. The Office of Public Health was notified by the Pennsylvania Department of Health of confirmation of the B.1.1.7 variant on Jan. 24.

“This is just a reminder that it is quite likely that this more contagious UK variant is here in Montgomery County and if you needed another reminder to be careful in terms of wearing a mask, keeping your hands clean and keeping your distance from others this is quite a wakeup call to do so,” Arkoosh stressed.

The patient with the “UK variant” is a 30-year-old bartender who worked a double shift the day prior to having symptoms and has no travel history.

“It’s just a reminder of how important these mitigation protocols are. If the restaurant was doing what they should be doing, people were maintaining social distance and the individual kept a mask on at all times and kept six feet away from patrons, then the risk is small,” Arkoosh asserted. “If those measures weren’t strictly followed, then the risk is certainly not zero.”

The UK variant is a strain of the COVID-19 virus that is reported to be a more transmissible variant of SARS-CoV-2, according to the CDC website. As of Jan. 27  it has been detected in 28 U.S. states and there are five confirmed cases in Pennsylvania.

“The modeled trajectory of this variant in the U.S. exhibits rapid growth in early 2021, becoming the predominant variant in March,” the CDC report on the variant notes. “Increased SARS-CoV-2 transmission might threaten strained health care resources, require extended and more rigorous implementation of public health strategies, and increase the percentage of population immunity required for pandemic control.”

Arkoosh mentioned some early data on the variant that has not been confirmed yet that may suggest it might be more deadly, but is wary on that point saying it is too soon to tell.

“As far as we know, the vaccines we have here in this country against the UK variant seem to be effective,” Arkoosh said. “There’s another variant out of South Africa where there’s some question about the Moderna vaccine and some sense it may not be quite as effective, but is still effective. Getting these vaccines will be extremely important in getting ahead of these variants.”