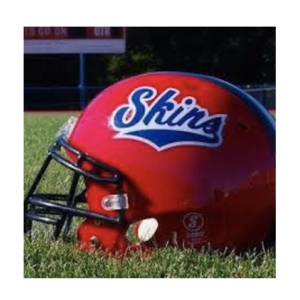 The Pennsylvania Commonwealth Court has ruled the Bucks County Neshaminy School District can continue to use the name “Redskins” as its nickname and Native American imagery for their school spirit. It’s the latest twist in an eight-year battle between activists and the district.

Neshaminy’s win at the court reverses a decision made in 2019 by the Pennsylvania Human Relations Commission (HRC), which ruled the district could continue to use the “Redskins” name but said they had to stop all usage of imagery.

It could possibly be the final blow in the case.

“We are pleased that this issue has reached a conclusion and that the court supported the district’s position,” said Neshaminy School Board President Stephen Pirritano.

“I was not surprised by the court’s ruling,” said Tameka Hatcher, educational outreach coordinator of the Pennsylvania HRC. Explaining why she expected the decision, she said, “the court that ruled on this did not have any person of color, any representation… Sometimes if you have not been specifically affected, you don’t always see the trauma in things like this.”

Activist Donna Fann-Boyle, a Neshaminy resident who is Choctaw and Cherokee and the person who filed the original complaint about the district in 2013, found the decision disgusting.

“The term is a racial slur. The commonwealth has recognized that it’s a racial slur, but because of some technicality they’ve decided that the PA HRC just didn’t prove harm,” she said.

That technicality is the crux of the case. The court’s decision describes that since the HRC did not have direct examples of Native students testifying their stories of being discriminated against, then it could not make the decision that it did.

But Fann-Boyle doesn’t buy that argument.

“There is discrimination because it’s a racial slur and there are stereotypical images that they’re using, so it’s racial discrimination and harassment,” she said.

And Hatcher believes the ruling keeps Native Americans from feeling safe in school.

“It was not surprising there was not an individual student who stepped forward,” she said. “Many of the reasons why are they will continue to be victimized and they could be subjected to bullying for stepping forward.”

Pirritano, however, said the standard is just a fundamental legal proceeding playing out.

“I think it is the bedrock of American justice that you need an aggrieved party to bring an action… by the [PA HRC’s] action we now are a society that bypasses basic rights just because someone feels something is offensive,” he said.

“It speaks volumes there weren’t any Native American plaintiffs to come forward,” said Tony Henson, who has a Cherokee background and is a board member of the Native American Guard Association, which argues for keeping Native American imagery and names as a means of education.

Part of the reason NAGA believes no one may have come forward is that not all Native Americans are offended by the usage.

“We call ourselves redskins, we call ourselves skins, and we know that our ancestors used to use that term to distinguish because of the color of our skin,” said Eunice Davidson, NAGA board member, and a full-blood Dakota-Sioux. “To all of a sudden declare that the term is derogatory and does harm, we don’t see where that comes from.”

But Fann-Boyle doesn’t see it that way. “You can’t take a minority and use their face as a representation for a predominantly White school. You don’t want them for anything else, but we’re going to use you as your representation to have fun at your expense.”

However, a 2020 University of Michigan and UC Berkeley survey found that half of respondents were offended by the term.

Henson argued that it was actually offensive to eradicate the usage of “Redskins” and the imagery.

“Offense is a two-way street. There are many more of us who are offended by what we see as a modern-day removal campaign, a cultural genocide,” Henson said.

Fann-Boyle says that the usage of it only leads to harm, for everyone.

“Students on the school newspaper were harmed when they decided they were going to ban the ‘R-word’… [they] had parents telling them ‘why don’t you just go kill yourself,’” she claimed. “[It] doesn’t just hurt the person who is the subject, it hurts everybody.”

As for moving forward, Henson would advise Neshaminy to move on.

“It’s mostly an activist-driven movement,” he said about those pushing for the changes. “So those people you’re pretty much not able to succumb to any middle ground with.”

Meanwhile, the HRC doesn’t sound like it’s planning to appeal the case. “We respect the decision of the court,” said Hatcher. She said they’ll continue to work with activists pushing for changes, and said they’ve been pleased to see “as a result of this case and many others, school districts are voluntarily changing the names.”

“There’s going to be some more legal action, file some more complaints,” said Fann-Boyle about the path forward. “Any avenue that the U.S. government has that helps minorities will be used… to help us do away with this form of racism.”