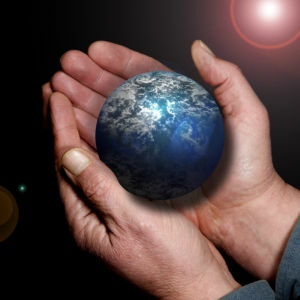 Counterpoint: To ‘Restore the Earth,’ Tap the Free Market

Editor’s Note: For another viewpoint, see Point: This Earth Day, We’re Demanding a Livable Planet for All

When a quarterback leads his team to the Super Bowl, he usually says something along the lines of, “We’re glad we made it this far, but we’re not done yet.” The same could be said our planet’s health. Celebrating progress is no excuse for accepting the status quo.

But how we move forward is just as important as why. To meet the challenge of the “Restore our Earth” theme for this year’s Earth Day, it is critical to embrace economic freedom and harness the talent of human ingenuity.

Since Earth Day’s inception in 1970, air quality in the United States has improved significantly. According to the latest report from the Environmental Protection Agency, pollution from the six most common air pollutants dropped 77 percent from 1970-2019. We are using energy more efficiently, which saves money and reduces pollution. The U.S. Energy Information Administration projects continued improvement in energy efficiency from the industrial, commercial, transportation, and residential sectors of the economy.

Through private-sector innovations, domestic companies have substantially increased our natural gas supply, catapulting the United States to the world’s top energy producer. Not only are energy bills lower, saving Americans thousands of dollars per year, but so too are greenhouse gas emissions. The EPA reported that “since 2005, national greenhouse gas emissions have fallen by 10 percent, and power sector emissions have fallen by 27 percent — even as our economy grew by 25 percent.”

The environmental progress achieved over the past half-century provides some important insights into how we move forward over the next 50 years and beyond. It is worth emphasizing that freer economies are cleaner. Many of the indicators that measure a country’s overall economic freedom, such as private property rights and a strong rule of law, reward innovation, drive efficiencies, and incentivize environmental stewardship.

Further, economic growth and environmental well-being should not be viewed as being in conflict with one another, but in cooperation. Free countries generate more wealth for people and communities to protect the environment. Overall, The Heritage Foundation’s Index of Economic Freedom and Yale University’s Environmental Performance Index show a strong, positive correlation between a country’s economic freedom and environmental performance.

Another lesson is to harness the power of incentives. Positive incentives create opportunities for voluntary cooperation. Consider how Floridians have handled lionfish, an invasive species found just off the coast.

As a 2015 CBS News story reported, “They eat anything it can fit in its mouth and so far, there’s nothing in the ocean that eats the lionfish. They have spines that sting anything that comes in contact with them and even sharks are afraid of them.”

So the Florida Fish and Wildlife Conservation Commission created a program to capitalize on a popular two-day lobster dive. For every 10 lionfish the divers harvested, they received a permit for an extra lobster. But it gets better. Lionfish are also tasty so now restaurants and grocery stores have lionfish on their menu and in their freezers. The “eat ’em to beat ’em” strategy is harnessing the power of incentives to provide a year-round strategy to remove invasive species.

Voluntary cooperation for economic and environmental good also extends beyond America’s borders. Freer trade is a critical tool that increases productivity, generates efficiencies, and leads to the innovation and transfer of cleaner technologies. As emphasized by the Organization of Economic Cooperation and Development, “Open markets can improve access to new technologies that make local production processes more efficient by diminishing the use of inputs such as energy, water, and other environmentally harmful substances.”

This planet has its environmental challenges. But it is a place filled with talented innovators who want to make the world a better place. The role of public policy should be to unleash their creativity rather than stifle by closing off economic opportunity.

Environmental progress does not mean handicapping economic development. Free societies are the best hope for restoring our earth for current and future generations.