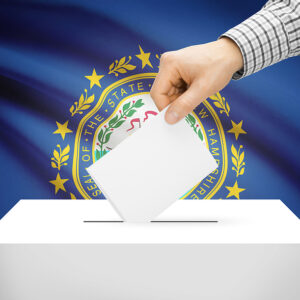 Counterpoint: For the People Act Is Too Broad

Editor’s Note: For another viewpoint, see Point: Why We Must Preserver Our Freedom to Vote with H.R. 1.

The For the People Act is too broad and seeks to nationalize many democratic reforms that would be better left to states.

The first version of the act was launched in 2019 after Democrats had taken control of the House of Representatives. With Republicans in charge of the White House and the Senate, it had no chance of becoming law. It was aspirational, a statement of Democratic values on democracy reform, and a blueprint of an agenda for many specific policy changes that Democrats could highlight as contrasts to Republican policy.

And this blueprint was incredibly broad and ambitious: Setting many federal standards for the way states administer elections, introducing forms of public financing of election campaigns, requiring very detailed independent redistricting commissions that would take away the power of redistricting from state legislatures, to name a few of the more prominent proposals.

But in these large brushstrokes and also in many of the details there was little bipartisan consensus for the reforms, some of which have been bitterly debated for years. In addition to the lack of agreement between the parties, the bill would overrule many future or existing state reforms that states would tailor for their own citizens.

Some Republicans incorrectly claim voting laws are the province of the states and the states alone. More accurately, the Constitution allows states to craft election laws, but in most cases, Congress can enact federal laws that will preempt or overrule state laws. In practice, however, states have had the preeminent role in elections, and only in specific instances has Congress stepped in with federal laws, with the result that American elections, unlike those of other countries, are extremely decentralized. States maintain significant differences in the way they run elections, from the balance of mail vs. in-person voting, the adoption of voting technology, the offices, and questions that appear on ballots, to the hours of voting at polling places. Only in some very specific cases has Congress set federal standards by law: Voting rights, “motor voter” registration, the post-2000 reforms, and overseas voting, for example.

While such a decentralized election system can have flaws, states have often been engines of change. Major reform efforts such as the adoption of the secret ballot and the introduction of absentee voting and early in-person voting occurred state by state, without any federal mandate. If states are sometimes said to be laboratories of democracy, they can also be laboratories for democracy reform.

Fast forward to 2021, a Democrat is in the White House, and the party has narrow majorities in both the House and Senate. The For the People Act, which in 2019 had been more of a statement of principles, now seems like a transformational possibility for enthusiastic Democratic reformers. The difficulties that Democrats are now facing passing the act, however, stem from the mismatch between aspirations and reality. Republican support is almost non-existent, so attracting 60 votes to invoke cloture in the Senate is extremely unlikely. Even without the filibuster, holding together all 50 Democratic senators will be a challenge. And finally, opposition from states would also likely sink this large bill, as Democratic lawmakers and election officials may object to provisions that overrule their state reforms.

A more realistic avenue for democracy reforms is to take on reforms of a modest character one by one and to take them on in the states. Democrat-controlled legislatures in Nevada and New Jersey, for example, implemented substantial changes to increase the use of voting by mail.

And while there has been strong Democratic criticism of proposed election changes by Republican legislatures, they are much more likely to be enacted because they are much more modest than the For the People Act. First, they apply only to the state in question, not the nation as a whole. Second, while Democratic critics have been vocal, Republican reforms have been incremental, small changes to dates in mail and early voting, some regulation of the handling of mail ballots and election observers. Compare this to the hundreds of pages of reforms in the For the People Act.

Supporters of the For the People Act seem to think that because the subject is democracy reform, the normal rules of how bills are democratically passed do not apply. Democracy reforms will succeed as they have in the past only if they achieve some level of consensus at the federal level, or through the hard work of state-by-state reforms.

John C. Fortier is a resident scholar at the American Enterprise Institute. He wrote this for InsideSources.com.