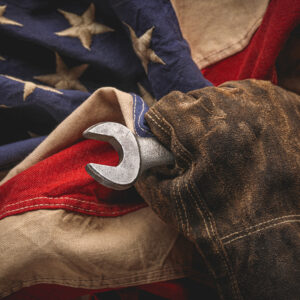 For an alternate viewpoint, see “Point: Unions Have a Stake in Ending Minority Rule in the United States.”

One hundred forty years ago, the first Labor Day parade almost ended before it began. On Sept. 5, 1882, thousands of union workers, police officers and gawking onlookers gathered at City Hall in lower Manhattan. Everything was in place, the route was set, and the marchers were ready to go, except for one problem: There was no band to lead the parade.

In hindsight, that seems a fitting problem. Public attention for rank-and-file workers and their issues had long been given short shrift. After all, the intent of that first parade was to draw attention to the serious problems caused by low wages, long hours and unsafe work environments. But the way that unions have since evolved has diluted their own focus on worker welfare.

The source of workers’ struggles makes sense through an economic lens. In 1870, farms employed more than half of all U.S. workers. By 1890, that number was just over 40 percent. Where did millions of agricultural workers go? Many left rural areas and joined newly arriving immigrants in the urban workforce. This was especially true in New York City,  the “Golden Door” through which 70 percent of immigrants joined our growing nation.

More and more urban workers, combined with increased factory automation, gave employers greater bargaining power over wages and working conditions. This allowed them to prioritize productivity over safety, making workplace accidents more common, with only the worst incidents proving worthy of media attention. Workers’ turn toward union organizing was as understandable as it deserved.

But that’s not where the story ends. The upstart unions of the Gilded Age could have grown into something very different from today’s bureaucratized behemoths.

Modern unions are governed by the National Labor Relations Act (NLRA). The law forces companies to the bargaining table once a union is certified in a majority vote by workers. If we assume that unions intrinsically serve workers’ best interests, this might make workers the ones who now enjoy the outsized bargaining power that their employers once had.

But because we don’t live in an ideal world, it’s not necessarily workers who possess that power. It’s unions themselves.

Putting our economic spectacles back on, we can plainly see how the law protects unions from competition by leaving workers without choices. The NLRA grants a certified union the exclusive right to represent every worker at a given workplace, regardless of individual workers’ desires. They can’t join another union if they’re dissatisfied. The NLRA turned unions from worker-focused co-ops into the equivalent of miniature monopolies.

That’s a shame because unions could offer their members much more and become an even more important social institution. That perspective may be unexpected from an economist who champions free markets, but there’s nothing free about the laws that turned unions into monopolies.

Countless historical examples show that competition is often the best and swiftest form of regulation. Businesses’ top priority is to attract customers, and the successful ones recalibrate quickly when they fall behind. Unions’ customers are their members, but because of exclusive representation, they don’t face the same competitive pressure. The results speak for themselves: The percentage of unionized workers has been falling steadily since the 1950s.

Reforming regulations so that unions compete to serve individual workers, rather than tying unions to workplaces, could ultimately turn this around. Imagine a future, for example, where unions are a blend of individualized HR departments and insurance companies. Unions could assist with workers’ job searches, provide unemployment insurance and professional training, represent them in salary negotiations, and ensure their pay increases commensurately with their skill and experience.

These services would be especially valuable for workers who have traditionally experienced wage gaps, need a tailored work environment, or simply lack the assertiveness to get what they deserve. Even better, these unions could serve as the source of workers’ fringe benefits, making Americans less dependent on their employers for health insurance and retirement savings.

This would be a sea change, but Labor Day started from humble beginnings, too, with a single parade that almost didn’t happen. The marching band from the Jewelers Union of Newark Two arrived just in time, and 10,000 allied union workers fell in step behind them to advocate for workers’ welfare.

Every worker deserves the chance to join a union, and there’s no reason, if we fix the regulations constraining unions, the United States can’t become the most union-friendly nation in the world. That’d make a hell of a Labor Day Parade.

Michael Farren is a research fellow with the Mercatus Center at George Mason University in its Project for the Study of American Capitalism. He wrote this for InsideSources.com.